Wool must get boost from rebuild 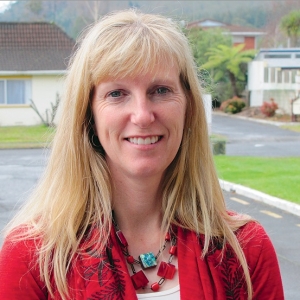 With over two million square metres of floorcoverings needed for the Christchurch rebuild, Federated Farmers believes strong wool should be given a leading role.

"If the Christchurch rebuild does not bring woollen floor coverings to the fore, then how can we expect the rest of the world to do the same?" says Jeanette Maxwell, Federated Farmers Meat & Fire Chairperson.

"Late last year, we asked the Canterbury Earthquake Recovery Authority (CERA) what demand it projected for floorcoverings. The answer is a staggering two million square metres. That is enough to line every square centimetre of a country the size of Monaco.

"According to CERA, some 200,000m2 of floorcoverings are needed each quarter for the Christchurch rebuild. This demand exists right now and will last through to the third quarter of 2014, when demand will start to reduce."

Maxwell says farmers are not looking for a hand out but a fair go for wool that is grown and processed here. "If you want to help your fellow Kiwi on the farm or working in wool processing, then specifying wool for the home or office is the way to go," she says.

"It is a lot better environmentally than putting oil-based carpets down."

She said they also asked CERA if it had any forecasts for insulation demand in the Christchurch rebuild, split by synthetic, glass fibre and natural fibre.

"Sadly, there does not seem to be and that makes me wonder if wool insulation is being overlooked," she says.

"It is here that we need the Ministry for Primary Industries to work within government to get wool fully into the rebuild; both as a floor covering and as an insulation product. If there are blockages then Federated Farmers wants to know so we can help unblock them.

"Out of the tragedy of these earthquakes we have an opportunity to show just how versatile natural fibres like wool can be. Being a Cantabrian, I know Christchurch will become one of the most dynamic and progressive cities on earth.

"That is why we are so keen to get Kiwi wool well inside it."