WorkSafe already getting offside with farmers 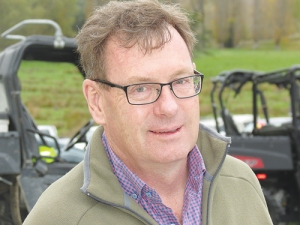 Overly officious inspectors and difficulty finding the time to do paperwork are coloring farmers’ impressions of WorkSafe NZ, according to farmers.

WorkSafe last year announced a stronger focus on onfarm health and safety. It hired 41 extra inspectors early this year in preparation for a law change in October that will increase the number of people liable for accidents and lift liability for fines from $200,000 to $3 million.

And though the national manager, Francois Barton, and the agricultural programme director, Al McCone, say inspectors will mostly be educating farmers rather than enforcing regulations, farmers claim that some inspectors haven’t seen this ‘memo’.

One such farmer is David McGaveston, a Nelson sheep and beef producer. WorkSafe brought a charge against him for not wearing a helmet when he suffered a serious quad accident on his Tapawera drystock farm in September 2014.

His quad had flipped on flat-to-rolling ground, breaking his back and crushing his chest and abdomen. And he says those weren’t the full extent of his problems. He says he learned that the then local inspector was ‘engineering circumstances’ to bring a charge against him, during a visit by this inspector one or two days after the accident, when he was heavily sedated with morphine.

“My wife heard what was going on, grabbed phone and asked him if he any compassion,” McGaveston says. “[The inspector] told her he had every right to interview me and said he could have talked to me in the hospital if he so wished.”

All this despite him being the farm owner, having sustained no head injuries and not having before faced a penalty for not wearing a helmet. “He wanted to make example of me.”

The couple took on a lawyer and made a formal complaint about the inspector, but McGaveston says it still took over four months and a change of area inspector before they were cleared. “The inspector lost his job because of his treatment of our case and another case.  “The new inspector was very, very good.”

However, farmers elsewhere have reported interacting with inspectors travelling in nondescript rental cars, which some industry leaders say points to an attempt to regulate rather than educate.

Beef + Lamb NZ chairman James Parsons says a farmer at a recent Far North BLNZ field day challenged the organisation to get involved and assist famers with this problem.

Parsons says he and other BLNZ senior staff have often engaged with WorkSafe, government ministers and politicians on this issue and will continue to do so. “BLNZ fully supports the Safer Farms goal of reducing farm deaths 25% -- from 17 per year to 13 per year, and to reducing serious injuries.”

Parsons says the debate is not about what or why, but is instead about how.

“Our offer to WorkSafe and the government is that we develop a code of practice designed by farmers for farmers, and together promote a safety culture rather than a compliance culture built on fear.”

Al McCone, of WorkSafe, sees a problem in the best-practice message now being communicated to farmers by some service providers: he says the message makes sense to larger operations with several staff, but not to husband/wife operations, or those with one worker or even contractors.

“If you’re a small operation the only paperwork you need to do is to keep an accident register and make a diary note of your conversations on health and safety with contractors, staff and visitors.”

Dargaville dairy farmer Mark Woodcock says he had not heard about the new requirements until two months ago and didn’t know the specifics till he was visited by three WorkSafe inspectors at the end of April.

Woodcock says the trio discussed with him, in a very professional manner, the required policies and record keeping. But when he asked them for the specific paperwork, they told him to visit the saferfarms.org.nz website – a rigmarole he says. It’s a challenge, Woodcock says, despite his having a business management degree, experience with computers and being at the younger end of the farm owner demographic.

This is especially pertinent given the time constraints of trying to run a farm, Woodcock says.

McCone says if anybody is interested in getting a starter kit they can call 0800 030 040 and order one.