WSI ahead of budget 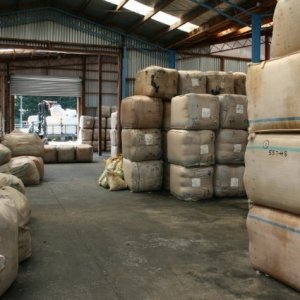 An after-tax profit of $1.08 million for the six months to December 31, 2011, is ahead of budget, says New Zealand Wool Services International Ltd (WSI).

"While this was lower than the record result of $3.058 m achieved in the corresponding period for 2010, the result is ahead of budget for the six months and was the second strongest first half year in the company's history," the company says in a statement releasing the interim result.

"The board is particularly pleased with this result in light of the exceptional conditions that prevailed in the previous year, which did not continue into the first half of the current financial year."

Group revenue was $107.564m, compared to $84.801 million attained for the 2010 half year driven by increased values but declining volumes.

Although the dollar turnover for the period was higher than last year, weakness re-surfaced in the world economy, particularly in Europe. As a consequence, in the latter part of the period, wool trading declined in volume.

Because international demand reduced, in the six months under review, the amount of wool scoured was less than for the same period of the previous year, the company says. Also affecting the volume of wool scoured was the increase in greasy wool sought by China with record high wool grease prices stimulating this demand.

The company says it traditionally performs more strongly in the second half of its financial year.

"On that basis, we believe the six months to June 2012 should produce a satisfactory year end result. However, due to the vagaries of the international market, we remain cautious. In addition, the current level of the New Zealand dollar is making exporting of all products from New Zealand more difficult and less profitable.

"A declining wool clip, the deteriorating world economy and a high NZ dollar pose difficulties beyond our control and for these reasons the company has invested in new research that we believe will have a positive impact during the next financial year and longer term."

The board has resolved to pay shareholders an interim imputed dividend of 1.5c/share. This dividend will be paid on Friday, May 4, based on the record date of Friday, April 27, 2012.