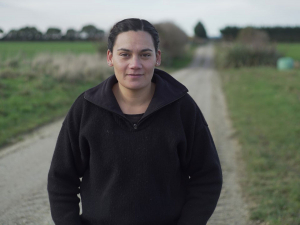 The first chair and vice chair of the Food and Fibre Youth Network have been appointed.

Tuhoe and Ngati Awa descendant Cheyenne Wilson has been named as the Network's first chair and Lincoln Roper, an Auckland KPMG advisor has been appointed vice-chair.

The Network was established in June last year to enable young people across the primary sector to raise industry issues and provide input into critical decisions to shape the future of our food and fibre sector.

The pan-sector group is made up by nine councillors who are ambassadors of the sector, explore and consider issues, connect to timely initiatives and provide advice to Ministers, MPI and other stakeholders on issues that relate to young people in the primary industries.

Wilson said she was extremely humbled to be given the opportunity to lead and be involved with decision making that will affect the future of the industry and generations to come.

“I am personally really passionate about seeing rangatahi in the primary industries and making sure the sector is fit for rangatahi to thrive in,” she said.

Having been involved in the dairy sector for most of her life, Wilson is currently a Graduate Māori Relationship partner with DairyNZ.

“It’s a nice feeling to be able to lead the Network and act as a voice for the future. For me coming through the sector I didn’t see too many young women, let alone young Māori women in the primary industries. I hope to use this position to inspire people to come into the sector, pursue a career, or a Governance position and push any barriers aside.”

Since launching, the Network has worked out its goals and what it wants to achieve as a collective, established a charter and had a number of meetings.

Councillors have been involved with the Agri Women’s Development Trust Generation Change Workshop, had a meeting with Government Ministers to ask hard questions and made submissions to the Primary Production Committee on the future of the workforce needs in the primary industries.

Slowly building momentum and industry recognition, Wilson anticipates a big year ahead, noting the identification of skills and labour shortages and public perception as key cross sector challenges to work on.

The Network’s set to have another meeting with Government Ministers in Wellington and a wider network meeting with industry CEOs around June, as well as conduct research and surveys to better represent youth.

“We want to be that point of contact for people when they are wanting a young voice. We also want to be knocking on the door and saying ‘hey you need to be considering us’, and not being used as a box ticking exercise. We want to be part of the process and not just consulted on later when the decisions have already been made. As a Māori woman, for so long we’ve been knocking on doors and voicing our opinions and making sure we matter,” she said.

“The Network has the potential to really rock the boat and make a lot of difference. We’re so unique, we’re the first of our kind in the food and fibre sector.”

Wilson wanted to acknowledge and thank Te Taumata (the steering committee), New Zealand Young Farmers and MPI for their dedication, help and support in establishing the network and recognising that the group was needed.

“I’m really excited by this opportunity. Our team are all go getters and really want to get stuff done and that makes me feel grounded in this position to have such an awesome team around me,” she said.