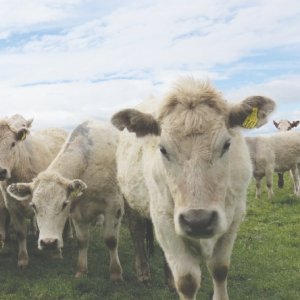 Some could argue Mike Barton (see main story) was more psychologically prepared when he took over his Taupo catchment farm in 2004. Variation 5 was going to happen and it was just a matter of the thrashing out final details.

Nitrogen caps for each farm, including his, were set based on the best single production year between 2000 and 2005.

“I am capped at my 2004 production levels which was the single best year when the climate and market and everything else came together. It allowed us to stay in business as usual, but the thing that’s going to sneak up on all of us is rising costs because [we] can’t grow stock numbers.”

When he took over the farm he had 120 Hereford-Frisian breeding cows which he put to a Simmental bull. All progeny plus some bought in were finished. The nitrogen cap put an end to that.

“Our business is now predicated upon dollars profit per kilogram of nitrogen leached. That’s the way I have to run my business and we discontinued with breeding cows.”

He’s found a new and innovative way of making his farm profitable. Since 2009 he’s been buying in weaners, normally Charolais x Angus, and finishing them before their second winter, cutting cost and nutrient loss. He doesn’t use any applied nitrogen but focuses on managing clover content to fix nitrogen and raise pasture quality. Young stock also leach less nitrogen than mature cattle, he points out.

He’s set about adding value to his produce with a brand built on protecting the iconic lake: Taupo Beef. The value proposition to consumers is that buying meat produced under the catchment-wide cap is protecting the lake and they should pay premium for it. He’s persuaded EW to endorse it based on their environmental auditing.

Greenlea Meats in Hamilton provide traceability through their works so consumers are guaranteed meat produced under the environmental protection systems the brand promises.

“We started out with a four month trial in July 2011,” explains Barton. “We deliberately chose that period because the rugby world cup was coming up so we had a large number of overseas visitors coming to Taupo.”

The trial involved three restaurants and a butchers shop in Taupo.

“We asked those restaurants to make Taupo Beef the most expensive item on the menu. We put a lot of work into making the quality of the meat was as high as we could get it because every chef we talked to said ‘yes, we’ll try it, but only if it’s as good as we can get’,” he recalls.

The trial was a huge success. At the Hilton, Taupo Beef outsold other beef by 4 to 1 despite, or perhaps in part because of, the price premium.