Get on the front foot over environment critiques 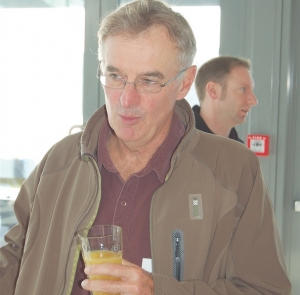 FARMERS ARE too defensive in their responses to the issue of the environmental impact of farming.

So says Tihoi, Lake Taupo, farmer Mike Barton, who with his wife Sharon this year won the top award in Waikato in the Ballance Agri-Nutrients awards contest.

They have taken a leadership role in dealing with Environment Waikato’s controversial Variation 5 that severely limits the amount of nitrogen a farm can leach.

Bartons completely rejigged their farming operation to comply with Variation 5 and started a ‘branded’ beef operation to supply local restaurants.

Barton told Rural News that on environmental matters farmers have tried to shut the gate in the hope that people would go away. And farming leaders have tried to tell urban people they are no better than farmers because of sewage and other point source issues in towns and cities.

“We have never bothered to think about the issue as being a joint problem between farming and consumers,” he says.

“We have never tried to front-foot this to say ‘well consumers it’s a bit rich to turn around and say farmers are  polluting waterways, but then eat the food we produce and not internalise those environmental costs’.

“We have tended to hope science will either provide an answer, or that the issue would go away or we could shift the blame somewhere else.”

Barton says real returns to farmers have dropped for 30 years and the real price of food is now cheaper than it ever was.

Consumers must realise they are as much a part of agriculture as the farmer: the farmers wouldn’t be producing food if consumers weren’t willing to eat it and pay for it.

“Urban consumers want to say it’s the farmers’ problem without recognising their role. I believe eating is the final act in the agricultural process.

“Farming leadership has to engage with consumers and be honest about our environmental footprint and talk to consumers in a way that is believable and verifiable and that they are willing to accept. Then we can jointly try to work out a solution,” he says.