Maize can make the difference 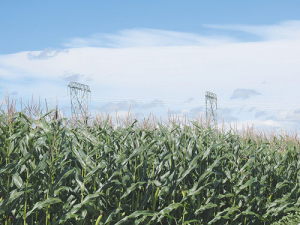 Maize is a vital crop that consumes a lot of farmers’ time and money, says DairyNZ.

Maize should be fed to fill genuine feed deficits for economic responses and be well managed to reduce feed costs and wastage.

Sowing location, sowing date, hybrid choice and population will all influence the potential crop yield. Yield may be reduced by weed and pest presence, moisture stress, disease, and nutrient limitations.

Ploughing is a quick and effective way to bury trash so as not to impede secondary cultivation or cause weed problems.

DairyNZ says it often hears dairy farmers say maize is “hard on the soil”. A key cause of this is ploughing, which buries fertile topsoil, taking it out of the reach of new grass trying to establish after maize.

“Talk with your contractor about alternatives to ploughing, such a discing. Be aware that you may need a longer fallow period (time between spraying out pasture and first cultivation pass); you need to balance this against the long-term damage to your soil fertility.

“There are other reduced tillage options for maize, such as strip tillage and direct drilling, however these require more attention to detail and are best suited to specialist maize growers.”

Dairy effluent can be used as a nutrient source for maize, assuming the crop requires the nutrients, and good effluent practices are followed.

If the paddock is just out of grass, the soil can supply plenty of N, so more N via effluent is probably not needed. Paddocks with a history of cropping (e.g. a dedicated cropping block or runoff) are most likely to benefit from effluent application.

Maize cost can vary depending on where and how it is grown. If maize is grown on the dairy platform in an effluent paddock the cost could be as low as 12c/kg DM before storage.

Maize purchased off-farm is generally more expensive. However, allowance needs to be made for the value of extra nutrients bought in with the maize and a reduction in risk due to maize being grown off the dairy platform.

Maize silage can be used to support pasture-based systems at times of the year when pasture is unreliable, e.g. maize on a feed pad when soils are wet, or fed in a dry autumn to build pasture cover.

What about maize silage?

Maize silage is a maize crop cut and ensiled in a stack or bunker. It is commonly used as a supplement to pasture in situations where cows would otherwise be underfed.

Maize silage is a high quality forage supplement. However, it is particularly low in sodium (Na), calcium (Ca) and phosphorus (P), and can be used as an effective carrier to supplement cows with magnesium (Mg).

Maize silage is a useful supplement for filling genuine feed deficits, but needs to be well managed to reduce costs and wastage.