Time for plant for erosion control 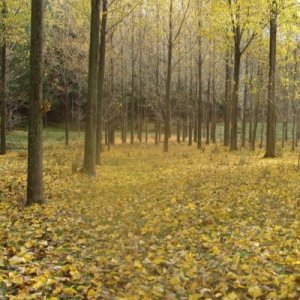 Northlanders keen to protect their properties from erosion are being reminded the annual planting season for poplars and willows is now upon us.

Poplars and willows have extensive root systems which help bind soil and prevent erosion. Their use is actively promoted by the Northland Regional Council as part of its soil conservation and water quality work and supported through its Environment Fund.

Wayne Teal, a Land Management Advisor with the regional council, says poplars are typically used for erosion control in hill and rolling country, with willows more suited for use on stream banks and gullies.

He says the council expects to have 3500 to 4000 poplar poles and plentiful supplies of willows available for this year's planting season, which runs from this month to August.

Teal says about 3000 poles are being sourced from a Cambridge supplier – about half of which have already been allocated – with another 500 to 1000 poles coming from Northland-based suppliers.

"These poplars are mainly 'kawa', a dense, fast-growing poplar with good pest-resistance, a narrow crown and excellent soil conservation abilities, which are typically planted in late Autumn/Winter each year as three-metre 'poles'".

Teal says poplars provide timber, shelter, stock fodder and can remove pollutants from the soil. Information on poplar poles is available from the council's website at: www.nrc.govt.nz/poplars

"These are grown locally and are specifically developed for soil conservation. They don't cause river/drain blocking issues that 'crack' and 'grey' willows can as they don't grow as big and heavy. They're also an excellent supplementary fodder species and highly resistant to willow saw fly."

Teal says people keen to secure poplars or willows for erosion control should contact regional council land management staff on (0800) 002 004 for advice on the numbers required and planting plans. Orders close Wednesday, May 30.

He says with many historic plantings done by the former Northland Catchment Commission in 1970s and 1980s now effectively past their use-by date, property owners might also like to take advantage of this year's planting season to source new trees to replace them.

Teal says most of the poplars will be distributed through the regional council's Environment Fund process, which sees the council meet up to half the costs of qualifying projects.

Soil conservation projects are one of several funding streams given priority through the Environment Fund.

Prime Minister Jacinda Ardern has got into the act over the drought by announcing a major new relief package in Northland.