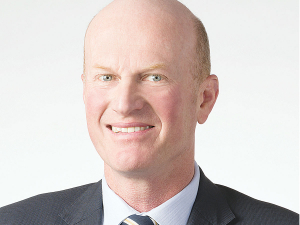 Glyphosate is used in New Zealand by farmers, councils and home gardeners.

It has recorded more than 40 years of safe use and has been the subject of over 800 studies, all of which have confirmed its safety.

The herbicide offers effective and safe weed control, is low-volatility and degrades quickly in soil. It continues to be rigorously tested by regulators in NZ and worldwide, with over 160 countries approving its safe use.

At the heart of the hype that questions the safety of the herbicide is a misleading classification by the International Agency for Research on Cancer (IARC) made in 2015. IARC classifies substances using terms such as ‘possibly’ or ‘probably’ carcinogenic to define the potential hazard of a substance. This has led to several everyday products – including coffee, bacon and talcum powder, being categorised as ‘possibly carcinogenic’.  But the IARC report is not a risk assessment; it is the type and extent of human exposure that determines the actual risk.

IARC’s classification is misleading and has caused a great deal of unnecessary concern amongst the public.

Among the four World Health Organization (WHO) agencies which have evaluated the safety of glyphosate, the IARC is the only one to find an association between glyphosate and carcinogenicity. The WHO’s experts from the UN’s Food and Agriculture Organization (FAO) released assessments concluding that glyphosate is ‘unlikely to pose a carcinogenic risk to humans from exposure through the diet’. The WHO’s International Programme on Chemical Safety and Joint FAO/WHO Meeting on Pesticide Residues (JMPR) found that glyphosate is not carcinogenic.

Assessments by the European Food Safety Authority, an independent agency funded by the European Union, also concluded that glyphosate is ‘unlikely to pose a carcinogenic hazard to humans’.

More than four years after reaching its opinion, IARC is an outlier, as leading pesticide regulators worldwide continue to conclude that glyphosate is not carcinogenic and that glyphosate-based herbicides are safe when used as directed.

The discrepancy is because the IARC only identifies potential cancer hazards and bases its classification on a small selection of available data on the herbicides. The joint FAO and WHO assessment uses a much wider data set to assess the health risk to consumers from dietary exposure to pesticide residues in food.

The World Health Organisation said that the ‘IARC reviews published studies to identify potential cancer hazards. It does not estimate the level of risk to the population associated with exposure to the hazard’.

That’s a very important distinction. The IARC report is not a risk assessment. Actual risk is determined by the type and extent of human exposure.

In August of 2016, NZ’s Environmental Protection Authority (EPA) commissioned a review of the evidence relating to glyphosate and carcinogenicity and concluded that glyphosate is unlikely to be genotoxic or carcinogenic. The regulator deems it safe when used according to label instructions.

Following from this, in 2018 the EPA stated that ‘there is no change to the science behind our current position, which is that products containing glyphosate remain safe to use when you follow the instructions on the product label’.

As with any chemical product, users of herbicides should consult the product label before use. The label contains safety precautions and guidance.

The Ministry for Primary Industries (MPI) tests residues from commonly used agrichemicals. The food safety regulator confirms that the NZ diet is safe and that contaminants are very low - far below levels that would be a food safety risk – and mostly occur naturally.

Conclusions about a matter as important as our health must be non biased, thorough and based on quality evidence based science that adheres to internationally recognised standards.

• Mark Ross is chief executive of Agcarm the industry association of companies which manufacture, distribute and sell animal health and crop protection products