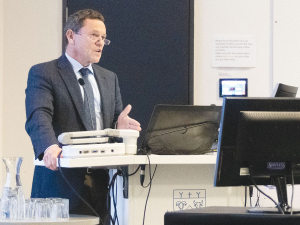 OPINION: Overseer is proving to be a major worry.

This software was supposed to be the solution for monitoring fertiliser input use and its potential environmental impacts, but concerns have been raised by farmers, regional councils and even the Parliamentary Commissioner for the Environment.

Farmers have long complained that Overseer is a flawed tool. However, the current Government – hell-bent on introducing new water quality regulations – has nailed the success of its proposed freshwater reforms to the use of Overseer as the key monitoring tool.

The Parliamentary Commissioner for the Environment, Simon Upton, has recently written to four ministers, including Damien O’Connor and David Parker – the main drivers of these new water quality reforms to be imposed on farming. Upton seeks an urgent update on what fixes have been made to Overseer, following his report in December 2018 that found it to be “seriously flawed”.

In his letter, Upton quite rightly describes Overseer as:  “the accidental black box regulatory tool.” Initially developed by the fertiliser industry to help farmers calculate how much fertiliser to use to maximise pasture growth, Overseer has over time become the default regulatory tool used by several regional councils to manage pollution in waterways.

But now those who will be tasked with measuring and regulating the proposed new water quality standards are expressing valid concerns about Overseer’s suitability to do this job. Taranaki Regional Council chief Basil Chamberlain says his council shares the view of many experts and authorities that it is unfit for use as a regulatory tool. “When making rules, we seek to ensure they’re soundly based, fit for the purpose of solving real problems, and able to be monitored and enforced. We want to avoid unjust and perverse outcomes – behaving professionally demands nothing less.”

In his letter, Upton calls on ministers to be “open to the possibility that a comprehensive model evaluation may conclude that Overseer is unsuitable for use in a regulatory context.”

Even the boffins at Overseer concede that it is only a ‘nutrient budgeting model’, not a ‘real-time nitrogen loss calculator’.

So how can farmers, regional councils and others be expected to rely on such a flawed tool to map the success or failure of their efforts to reduce nutrient loss and improve water quality? Farmers, regulators, the PCE and the wider public all deserve answers before any new rules are imposed.