At the crossroads - Editorial 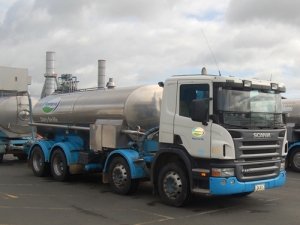 The writing is on the wall for Fonterra's chairman John Wilson, his board and management; fed-up farmer shareholders are demanding changes.

The co-op's board and management have again been caught out of step with the owners of the business; it seems the TAF debacle five years ago has been forgotten.

Last week nearly 54% of Fonterra shareholders voted to reduce a bloated board from the current 13 to nine. Voter turnout was higher than in previous polls: 65% of farmer shareholders representing 73% of the co-op's total milksolids had their say.

While the proponents of change – former directors Greg Gent and Colin Armer – fell short of the 75% support needed to force amendments to the constitution, the result is sending shockwaves through Fonterra.

It poses bigger questions for the council, which represents grassroots Fonterra farmers; did they blindly follow the board in urging farmers to vote against the resolution?

And how can they now claim to represent the views of all shareholders when 54% disagree with them on the crucial issue of governance and representation?

For some Fonterra farmers the council has been guilty in the past of acting as a mere puppet of the board. Last week's vote shows farmers no longer condone such behaviour.

The board and council are promising to embark on a consultation process; their problem is the groundwork has been done. To their credit Gent and Armer mounted a clever campaign, taking only a few weeks to announce their resolution and visit farmers around the country to garner majority support.

A majority of farmers have made up their minds; they believe Fonterra's future lies in a smaller, leaner and fitter board.

The board and council have two choices: either convince shareholders that Gent and Armer are wrong or recommend a nine-member board as agreed by a majority of farmers.

A smaller board will mean new director elections, possibly in the second half of next year.

With the Gent and Armer camp already commanding 54% support they are strongly positioned to grab control of the board, surely signalling the end of Wilson and his faction's reign. And the new board will be keen for a clean start; chief executive Theo Spierings' tenure may also be under threat.

Fonterra is at crossroads and the next few months will decide where the co-op will head; what's certain is that a majority of farmers have made up their minds.

2016 is shaping up as a year of change for Fonterra.