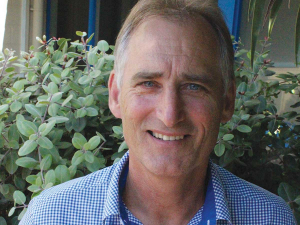 These are mainly in terms of how they operate, enforced as a key part of our nation’s efforts to reduce greenhouse gas emissions and contamination in our waterways.

A quick review of the environmental policies announced so far by some of our key political parties, ahead of the election on October 17, suggests that further, harsher restrictions are likely.

There’s no doubt that our agricultural sector has a vitally important part to play in New Zealand’s response to these key environmental challenges, and overwhelmingly, farmers are more than willing to adapt to meet the standards required of them.

There can be shortfalls, however, when regulations are too prescriptive or input-focused (i.e. measuring what goes in rather than the environmental impact) – and fail to allow for adaption and innovation from within the farming community.

A key example is the ongoing debate (and recent regulations) around the use of nitrogen fertiliser.

Why do we need nitrogen fertiliser?

Nitrogen is a critical building block for protein in our food – not just meat and dairy, but vegetables, too. As our population grows and food production expands to match that growth, so too does demand for protein.

It’s the fuel which drives large parts of our export economy, converted into high value, popular products like avocados, wine, dairy and meat. In fact, over 90% of the food that’s produced in New Zealand is shipped overseas, and so we need a way to replace those nutrients that were exported within the food and beverage to our environment.

While there are many possible sources of nitrogen, including feed, compost and manure, fertiliser is one of the most efficient ways to restore nitrogen levels, and ensure land productivity isn’t lost.

In May, the Government introduced its Essential Freshwater Package, which included a per hectare cap on synthetic nitrogen fertiliser use as part of a broader set of guidelines designed to reduce levels of nutrient leaching into our waterways.

Although nitrogen fertiliser can contribute to leaching, research has clearly shown that it takes roughly 400kg of nitrogen per hectare to reach the limit where leaching takes place. Most Kiwi dairy farms operate at roughly half or lower than those levels.

In fact, our biggest cause of nitrogen leaching in New Zealand is animal urine, with a single urine patch usually containing the equivalent of between 600 – 1000kg/ha of nitrogen.

The growing consumer demand for free-range and grass-fed products has played a part in this. Obviously, a natural consequence of animals being outside is that they will urinate in their own environment.

With that in mind, NZ farmers have developed many techniques to capture and limit the environmental impact of that urine as far as possible. These include the use of sacrifice areas, feed pads and moving animals into barns for parts of the day.

Fertiliser has also been widely criticised for its contribution to greenhouse gases, specifically methane, as the one of the major nutrients used in the production of food supply for cattle.

But fertiliser is just one of many possible sources of nitrogen, and as long as there is consumer demand for meat and dairy products, methane will be the end result, regardless of the source of nitrogen used to grow that feed.

The new regulations have introduced some challenges for farmers. For example, roughly 10% of urea nitrogen is lost as ammonia, and for every kilogram lost (which impacts on the productivity of the land) that now can’t be replaced.

This is why, rather than focusing on strict input-based measures – which are only half of the equation – it’s important we give farmers the ability to innovate and adapt in order to meet output-based objectives, within their own farm environment.

Many farmers around New Zealand are already effectively deploying innovative farm management tools, strategies and measures to reduce their environmental footprint as far as possible, including the way they use nutrients such as fertiliser.

We share the same environmental goal; it’s simply about finding balanced and collaborative ways to achieve it.

• Warwick Catto is the science strategy manager at Ballance Agri-Nutrients