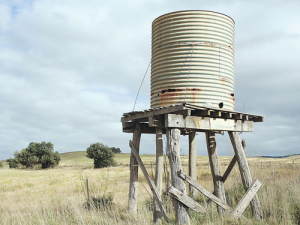 The Government is looking to make significant changes to the way water is regulated and this will have a big impact on rural water schemes.

Safe, clean water is a birthright of every New Zealander.

Wherever they live, Kiwi ratepayers and communities expect to be able to turn on the tap and drink the water without fear of getting sick. They also want to be able to swim in our rivers and lakes, and enjoy beaches free from the worry of raw sewage seeping into the ocean.

Funding is short to achieve the above, and with aging infrastructure, population change, increased tourist numbers and the need to act because of climate change and natural events, the situation will worsen if we neglect it.

The Havelock North campylobacter outbreak in 2016 made about 5500 people ill and contributed to the deaths of at least four people. Many others suffered long-term health effects as a result of it.

An inquiry recommended a dedicated water regulator, and I have just announced an overhaul of water regulation. NZers deserve nothing less and we need a solution that builds on our own context rather than simply adopting models from overseas.

Along with ministers David Parker (Environment) and David Clark (Health), I aim to take detailed proposals on the new regulatory arrangements to the Cabinet in June 2019.

By then it will be clearer who will do what and how it will be done. But public safety must be our priority, as must reduced environmental damage and contamination from wastewater.

In some places the notion of ‘mandatory residual treatment’ of water translates to many people as mandatory chlorination.

That is one option, but there are others; no decisions have been made on mandatory chlorination. The emphasis must be on meeting the higher drinking water and environmental standards and the shape and form of the regulator.

The inquiry also suggested consolidating water service providers but we have not decided on this; it needs discussing with local government which owns most of the water assets and which is facing wide-ranging funding challenges and capability issues, particularly in rural and provincial regions.

Councils in several regions have voluntarily begun to look at the pros and cons of working together; these include in Hawkes Bay, Wellington, Waikato and in the northern South Island.

We want to see continued public ownership of water assets; contrary to speculation, privatisation is not on the agenda and the Government is mindful of the concerns expressed in many regions about this.

Neither does this Government have an amalgamation agenda; we are determined to strengthen local governance, not undermine it. To this end, I aim to discuss further with local government how we can work together more generally to meet the funding and capability issues.

At issue are demographics, climate change and infrastructure, and also financing and debt constraints.

What are we doing about it? We have instructed the Productivity Commission to review local government funding and financing arrangements. We have progressed an urban growth agenda to assist with better planning in high-growth areas.

We are working with agencies to explore how central government can better support the relationship between Māori and local government. We are looking at how we can fund the infrastructure necessary for regional growth.

And we have begun by taking concrete steps to ensure the safety and quality of water.

• Hon Nanaia Mahuta is the Minister of Local Government