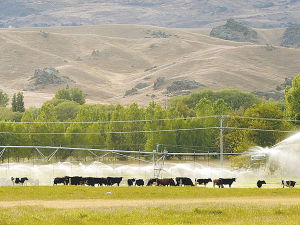 Over the next couple of months, farmers will be invited to have their say on He Waka Eke Noa.

OPINION: Over the next couple of months, farmers will be invited to have their say on He Waka Eke Noa (HWEN) - the agreemnet between the Government and primary sector to tackle farm emissions - which could well be the most imporant thing they do in 2022.

Late last year, the sponsors of HWEN - DairyNZ, Beef+Lamb NZ and Federated Farmers - released two options for pricing farm emissions. These will be taken out to farmers next month. The two options are either an 'at the farm levy' or a 'processor/hybrid levy'.

As explained by Dr Jacqueline Rowarth, agriculture is already slated to join the ETS. However, the sector has been given 100% free allocation up until 2025. After that, it will be included at 95%, decreasing 1% per year until 2030 and then be entirely included by 2050.

The only alternative to this is what has been proposed through HWEN. If the industry can agree on a system that encourages a reduction in farm emissions (methane, nitrous oxide and carbon), the Government says it will consider it. However, if there is no agreement, then the backstop is the Government fully including agriculture in the ETS.

That will be costly. The ETS is linked to the carbon price determined by other sectors of the economy, which is already starting to soar.

So just how will farmers react to HWEN and its proposal to tackle looming carbon emissions regulation and targets for the agricultural sector? Already the likes of Greenpeace, Forest and Birs and Green Party activists (many of whom are the very same people) are already labelling HWEN too weak and claiming that it lets the farm sector 'off the hook'.

That's absolute rubbish. But this is what the industry is up against; puritanical climate zealots who falsely believe that destroying agriculture will save the planet.

Industry leaders take plenty of stick, but advocating for the split-gas approach (treating methane separately to long-lived gases) and the opportunity to develop a sector solution via HWEN is not all bad in today's political climate.

The consultation process over this is not hot air - it is vital. Ensure you take part, listen to all the options, then have your say!

OPINION: As consultation by He Waka Eke Noa (HWEN) has rounded up, there are still a vast number of farmers who are nervous, confused, and angry about what the future for managing agricultural emissions in New Zealand might look like, and for good reason.

New Zealand's pig farmers say while they are committed to playing their part in reducing agricultural emissions, the current proposals for livestock emissions pricing are unfair to the sector.