Editorial: Out of gas? 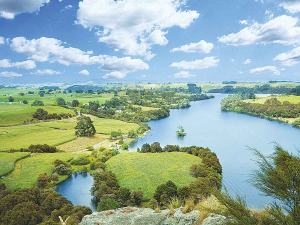 Soon NZ's farming sector will be hundred with more costs as it begins paying for the agricultural emissions.

OPINION: Soon NZ's farming sector will be lumbered with more costs as it begins paying for the agricultural emissions.

To most observers, the work done by groups involved with the He Waka Eke Noa (HWEN) has been all about the way farmers will eventually pay (i.e. be taxed) for their emissions. Precious little seems to have been progressed about how agricultural emissions can actually be reduced.

Serious questions need to be asked of the HWEN proponents - ag sector leaders and the Government - about the woeful lack of action in developing workable technologies that help lower NZ's agricultural emissions.

According to its own publicity, the Pastoral Greenhouse Gas Research Consortium (PGgRc) exists to 'provide knowledge and tools for New Zealand farmers so they can mitigate greenhouse gas emissions from the agricultural sector'.

Despite this organisation being funded by the very same agricultural sector partners and Government as HWEN, no mention was made of tools to help farmers mitigate their emissions in the recent round of 'consultation' meetings held by the latter. In fact, HWEN's 31-page discussion document outlining its proposals, released late last year, makes only a very scant reference to mitigation tools.

That's an appalling dereliction of duty by ag industry leaders, regulators and the Government, who seem only too happy to burden the country's key export earner with a new tax but have done nothing tangible to provide farmers with tools to reduce their emissions.

This is made worse by that the fact adoption of methane inhibitors in other parts of the world has significantly reduced agricultural emissions of methane. Recently the EU approved Bovaer for use by its farmers. This product has the potential to slash methane emissions by up to 30%. The product has also been approved for use in Brazil and Chile and a commercial launch in Australia is also expected this year.

Meanwhile, Rural News understand the NZ trial of another product, which offers similar reductions in livestock methane emissions, had to be abandoned - and the product destroyed - due to the failure of regulators and MPI to have the necessary rules in place so it could go ahead.

Surely if NZ's ag industry leadership were actually leaders, they would have done something about this abject failure by regulators and government to help farmers mitigate their emissions?

OPINION: As consultation by He Waka Eke Noa (HWEN) has rounded up, there are still a vast number of farmers who are nervous, confused, and angry about what the future for managing agricultural emissions in New Zealand might look like, and for good reason.