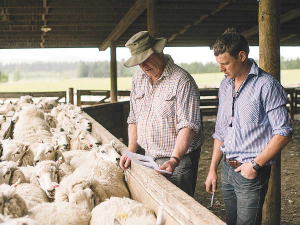 The continuing impact of Covid, soaring input costs, labour shortages and ever growing regulation continued to steal much of the shine off good prices.

OPINION: As 2021 draws to a close, most farmers will be looking forward to it ending and hoping for better things in 2022.

Strong commodity prices and good growing conditions, on the whole, have meant a reasonable year for most of the country's farmers and growers. However, the continuing impact of Covid, soaring input costs, labour shortages and ever growing regulation continued to steal much of the shine off good prices.

During the year, for the first time in a generation, farmers and rural people in their tens of thousands took to the streets in towns and cities - not once but twice - up and down New Zealand to express their concerns and consternation about where things are going for people living in the country. All at a time of near record milk payouts, horticulture and red meat returns.

Surely this points to something seriously wrong going on. However, those in the Government, bureaucracy and parts of our farming leadership appear either oblivious or downright scornful of this justified farmer angst.

Much of the blame for this can be fairly sheeted home to the levy bodies, which seem to have made little to no effort to get proper farmer mandates before taking their advocacy positions.

It seems their desire to "be at the table" to share drinks and canapés with current Government ministers has taken priority over properly advocating for their farmer levypayers. These organisations have pretty much 'lost the room' with regards to grassroots farmer support and hence the emergence of an outfit like Groundswell. One suspects that the information the Prime Minister is currently refusing to release about that rural lobby group has been garnered from sources within these levy bodies and is highly derisory.

It will be interesting to see how those bodies react if the looming carbon emissions regulation and targets for the agricultural sector are roundly rejected by their levypayers during the rounds of consultation early next year. Will they kowtow to the Government - as they have over the past four years - or finally stand up and fight for what farmers demand?

Despite this, they have shown some backbone in advocating for the split-gas approach (treating methane separately to long-lived gases) and the opportunity to develop a sector solution in He Waka Eka Noa.

As we approach another year’s end we again highlight our annual review of 2019 in the primary sector as seen by Rural News’ editorial team.

IT'S BEEN a big year for agriculture with the rise and fall – and still falling – of dairying prices. And for the first time in many years, sheep and beef farmers are feeling good – or is it that they know dairy aren’t in such a happy frame of mind? We take a look back on the year to see what was good, what was bad and what was downright ugly…