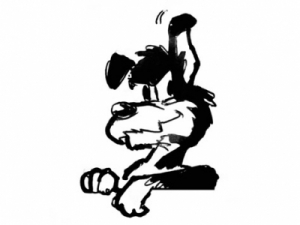 This old mutt hears that Fonterra's revolving door for top communication executives exiting the company goes on spinning faster than the speed of light.

No wonder they call them spin doctors! Latest to head for the door is Gordon Jon (GJ) Thompson who resigned at the end of June, after two years as head of external communications. Rumour is that Thompson, who previously worked for the Labour Party before heading into the private sector, is keen to get back into political spin. Your old mate wouldn't mind betting he will pop up in a communications role either with Labour leader Andy 'Angry' Little (who has a job going in this space at present) or with wannabe Auckland mayor and soon to be ex-labour MP Phil Goff. Talk about going from a cream position to sour milk!