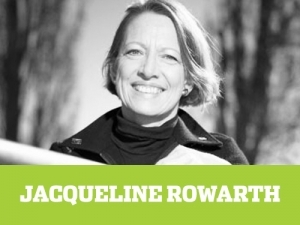 More developments in dairy processing operations, this time in Northland, are yet another nail in what must not be allowed to become Fonterra's coffin.

The dairy farmers in the region will, potentially, have a choice of which company to supply. The dilemma for them is whether they continue to support their co-operative or move to a new company promising good returns.

The promise is based on the demand in China for UHT milk and ice cream: China is now believed to be the biggest ice cream market globally. Chinese spending on ice-cream increased over 50% between 2009 and 2014. Furthermore, consumption is still under a quarter of that consumed by Americans, giving plenty of room for further increases. The new company should be onto a winner.

As for UHT milk, KPMG's global head of agribusiness, Ian Proudfoot, has been pointing out for some time that dehydrating milk and sending powder to countries where quantity and quality of water is limited, defies logic.

The fact that Fonterra has been stuck in the powder mode is because it has a strategy that is driven by expansion, domestically and internationally. It is also operating within the Dairy Industry Restructuring Act (DIRA).

The DIRA is stifling innovation and hence limiting strategy. Established initially to allow some competition to ensure that domestic suppliers and consumers are not subjected to monopoly prices, DIRA allows new processors to set up with milk supply from Fonterra for up to three years. It also mandates Fonterra to collect milk wherever it is produced – whether it is economically sensible or not.

Under 'normal' business operations, inducements are offered to attract suppliers and customers: higher prices to suppliers and cheaper prices to customers than the 'competition' is offering. The balance between the two, whilst also providing returns to the owners, can be difficult to achieve, but private companies have flexibility in the way they operate.

Co-operatives are bound, at least in theory, by group decisions. In addition, Fonterra is bound by the DIRA.

A review of the DIRA is underway and Fonterra has addressed the issues of supplying competitors and national coverage in its submission. Both factors are putting the company at risk. So is the current strategy, re-articulated in the governance review discussion document as 'accessing 30 billion litres by 2025, from 5-6 milk pools'.

The current volume is 22 billion litres, from New Zealand, Australia, Chile and China. Expansion overseas has involved shareholder money and increased debt; returns are not clear, and unease is rising. Australian suppliers are paid more for their milk than NZ suppliers in order to 'meet the market' (attract suppliers) but the same is not true in Chile. Soprole (Fonterra's wholly-owned subsidiary in Chile) and Nestle have been accused of collusion and price-fixing, keeping the milk price low. In China, where Fonterra owns hubs and animals, no profits have been reported.

Global expansion has distracted Fonterra from marketing the added-value that the NZ farmer creates with the mostly grass-based production system, leading to higher omega-3 concentration than achieved in grain-fed animals. This is how organic milk in the USA is marketed to consumers, even though the organic cows have access to pasture for 'at least 120 days a year'; NZ cows have access for at least 360 days.

The DIRA review is urgent for Fonterra's operation, but so is a rethink of its strategy. Added-value occurs in NZ: high quality milk, sweetened with manuka honey, flavoured with high anti-oxidant blue berries and perhaps some kiwifruit nectar, and the ice cream already in demand in China; it's practically a health product – made in NZ.

• Jacqueline Rowarth is professor of agribusiness, the University of Waikato and a Fonterra shareholder.