Many questions over LIC proposal 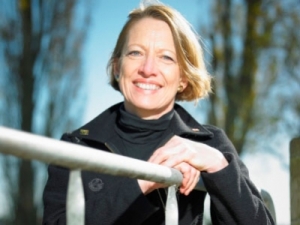 Bigger is not always better, but it seems that in business the size of the prize sometimes obscures the cost of pursuit.

Dairy farmers are now suffering the effect of Fonterra's volume strategy: Fonterra's debt for 2015 was earlier this year estimated at $7.56 billion. Farmers themselves carry debt of about $40b. Without the expansion and then losses in offshore operations -- Australia and China, for instance -- the co-op and its shareholders would not be in this predicament.

The size of the prize was global domination in milk powder, allowing Fonterra to become a price setter. However, the cost of this pursuit has been very high and the goal has not been achieved.

Ravensdown co-operative has been burnt similarly in Australia, despite farmers there having invited the co-op to supply them with product. In the end, Ravensdown couldn't compete against the big Australian fertiliser companies with deep pockets to keep the New Zealanders out.

Unless there is a point of difference for which consumers are willing to pay a premium, they will choose lowest-cost options.

LIC (Livestock Improvement Corporation) appears to be travelling the same path of expansion, to avoid "missing out on opportunities". The size of the prize has been described as "potentially more than $50 million of value created".

The cost has not been indicated, but overseas scoping exercises not only take funds but also distract managers, leaders and directors from core business. The core business for shareholders is herd improvement.

The value of herd improvement by genetic gain has been calculated as $300m per year – permanent and cumulative. This means that over a 10 year period the net value captured by farmers from this annual improvement is $3b. It has been expensive to achieve, but the expense has been shared amongst the members of the co-operative since LIC was set up in 1909.

Contributing to the funding has been the herd testing done nationally since the 1930s. Statistics from LIC and DairyNZ indicate that at least 70% of herds are now regularly tested. A similar percentage of herds are now artificially inseminated, which began in the 1940s. In addition, LIC developed the herd tracking tool Minda, used by 90% of dairy farmers.

Only when market shares are built up to high levels, as they have been at LIC over decades, can the business support itself. LIC is among the world's most successful herd improvement businesses, with very high participation rates of herd testing, artificial breeding and recording. The integration of these three foundation businesses is envied in many countries where private companies jockey for position and critical mass for genetic gains is not achieved.

LIC's proposes to maintain a co-operative genetics-focussed farmer-owned herd improvement business, whilst creating a subsidiary agri-technology company – which would include herd testing and Minda. This is despite the fact herd testing and Minda have been core business and enabled the R&D leading to genetic gain in the national herd.

This subsidiary would attract new shareholders, thereby raising capital – if current shareholders agreed to the split in 2017. Although there might appear to be some conceptual similarities with the deal between Silver Fern Farms and Shanghai Maling, the difference is that the Chinese company has access to supermarkets; it is not clear what more the would-be investors might bring to LIC.

And the fundamental question remains: why?

The purpose of a co-operative is to enable goals common to members to be achieved. The real purpose of herd improvement is 'industry good' as a result of collective investment. NZ farmers, and NZ itself, have benefited from strong co-operatives in agriculture.

Recently, however, it seems the strong co-operatives have lost sight of their core purpose as they chase illusory revenue targets based on growth offshore.

Shareholders would be wise to ask the hard questions on economic projections;they are about as accurate as weather forecasts.

• Jacqueline Rowarth is professor of agribusiness at The University of Waikato. She is also a Fonterra shareholder.