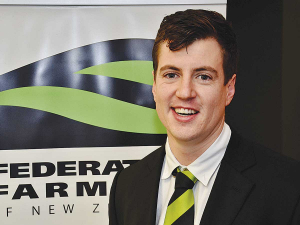 Macaulay Jones says banning N fertiliser will not be the silver bullet many environmentalists claim.

It’s regularly demonised and blamed for the degradation of waterways, for contributing to climate change and for enabling a perceived unsustainable growth of farming. Some are even calling for it to be banned altogether.

While synthetic nitrogen fertiliser can undoubtedly lead to environmental issues if used carelessly, it’s this careless use which should be avoided and not the use of the product. A better approach would be to encourage good management practices by farmers; practices such as using the right amount of fertiliser, in the right place at the right time.

In contrast, a blanket ban would erase one of the greatest scientific and humanitarian breakthroughs of the twentieth century and would dangerously directly threaten the food security of half the global population.

At its most fundamental level, modern farming is about a smaller number of people growing surplus amounts of plants so the rest of society can eat and pursue other activities. Whether these plants are consumed by people directly – or fed to animals which are then consumed by people – one cannot farm without growing plants.

Along with sunlight and water, plants require nutrients to grow. The three main nutrients demanded by plants are nitrogen, phosphorus and potassium, with nitrogen often being the input constraining growth and whose addition is therefore most often correlated to increased crop yield.

Adding nitrogen to a farming system enables increased productivity, allowing farmers to either produce more food with the same amount of land or to produce the same amount of food while retiring parts of a farm from production. Without the inputs needed to farm efficiently, more land – either in New Zealand or around the world – would need to be converted to farms in order to avoid millions being without food.

Those who demand a ban on synthetic nitrogen fertilisers castigate the product because of its association with intensive agriculture. But it is this very intensive (or efficient) farming in New Zealand, enabled by synthetic fertiliser that has empowered a small number of farmers on a relatively static amount of land to feed over ten times our population.

The world before synthetic nitrogen was simply not a better place; crop failure regularly resulted in widespread hunger.  Today hunger is such a rare occurrence for many, it is difficult to believe that this dystopian world existed only a century ago.

It is possible for farmers to obtain nitrogen from sources other than synthetic fertiliser. But alternative sources such as animal manure or nitrogen-fixating legumes would not work for some farm systems and would not provide a complete replacement. This is what has led most farmers to purchase the product at great expense. The value derived from the critical input quickly flows from farmers to the wider economy, with research estimating that a blanket synthetic nitrogen fertiliser ban would cost the New Zealand economy a staggering $19.6 billion and over 70,000 jobs.

New Zealand farmers are hard at work efficiently producing highly sought-after food for the world, while also ensuring as little nitrogen goes into waterways or into the atmosphere as possible. This is not only good for the environment but also good for productivity, as any nitrogen not being taken up by the intended plants is a wasted input.

Banning synthetic nitrogen fertilisers in New Zealand would be akin to banning fire because of house fires, an absurdly impractical measure that will impede the development of innovative methods for improving environmental outcomes.