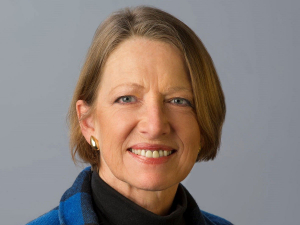 This decision is based on the scientific research that has been and is being done on New Zealand soils. Farmers who see the soil carbon rewards being offered in other countries are understandably frustrated that they aren't been rewarded in the same way.

The environment overseas is, however, very different. Not just in terms of natural factors like rainfall and temperature and management factors like farm systems, but also in policies, politics and economics.

In 2015, the French Government launched the '4 per 1,000' initiative at the COP21 Paris climate summit. The initiative aimed to boost carbon storage in agricultural soils by 0.4% each year "to help mitigate climate change and increase food security".

The Australian Government has included soil carbon in its plan to be net zero by 2050, with soils playing an important role.

Last month, the United States Department of Agriculture (USDA) announced an investment of US$1 billion in pilot projects that would reduce primary sector greenhouse gas (GHG) emissions or capture and store carbon in the soil. The goal is to cut the farm sector's greenhouse gas emissions in half by 2030 with the overall aim for the US to be net-zero by 2050.

In all these cases, the process of increasing carbon in the soil requires a change in land management practices to change the balance between carbon in and carbon out. Preventing overgrazing and cultivation, rotational cropping (i.e. stopping monocultural cropping), better water management practices and composting are components. In some countries the concept has been dubbed 'regenerative' because of the extra carbon being added to the soil to increase organic matter.

In France, scientists have shown that the ability to increase and hold soil carbon depends on the age and stage of the soil - that cropping soils probably can increase carbon, but that soil under pasture was already 'saturated' and the goal should be preservation.

In run-out cropping soils (the dustbowl of America) where organic matter is very low (e.g. 10 tonnes per hectare to 30cm) bringing in animals, irrigation and fertiliser can result in relatively rapid increase in soil carbon. In rangeland, increased rotation length (reduced number of animals) can be effective.

In one high profile case (Brown's Ranch) the 'ever evolving grazing strategy allows most of our pastures a recovery period of over 360 days'.

In Australia, concerns are already being raised about feasibility of achieving goals. Research released by the New South Wales government suggested that soils in the state will release more carbon than they take up as conditions become warmer and drier, becoming a source of carbon rather than the desired sink. The problem is that drought affects plant growth (the source of soil carbon) before it affects soil organisms (which release carbon from soil organic matter during the decomposition process).

In New Zealand, where soils hold approximately double the amount of carbon to 30cm than in other countries, building it up and maintaining that increase is a challenge - just as has been indicated in France.

Measuring a change is even more difficult.

Additionality remains the key for rewards as it is in trees - what extra above the base line has been achieved? Will it stay there? And what was or is the baseline - the amount of carbon to 30cm and the bulk density? Both are required to gauge additional sequestration.

Further, areas with increasing drought will lose soil carbon, implying a liability to the landowner if some sort of contract had been implemented. Other uncontrollable environmental losses include erosion, which is particularly common during heavy rain. The variability of soil carbon across a farm and within a paddock is also a factor.

Establishing a credible base line is a significant cost in sampling and to measure a significant change might take years. Until soil scientists can be confident that the drivers to increase and maintain soil carbon can be managed, they will not be recommending bringing soil carbon into any scheme.