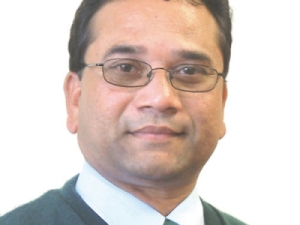 Having enough nitrogen in farming systems is essential. But having too much, or not managing it wisely, can have marked effects on your farm's environment.

Nitrogen plays an important role in increasing pasture and crop yields because it boosts the development of proteins in plants and animals. Nitrogen is also a key component of green pigment (chlorophyll) in plant leaves -- vital for photosynthesis.

But nitrogen in the form of nitrate moves readily out of the root zone during wet weather. Now, with the coldest, wettest months just around the corner, be particularly cautious about the risks in applying nitrogen fertilisers to pasture or crops during winter.

Winter applications of nitrogen fertilisers are generally least effective for promoting grass growth. That's because slow growth of pasture in winter, and greater drainage, can result in nitrate leaching before plants can take it up. The nitrogen can enter waterways where it can stimulate nuisance algal growth.

Also, lactating cows will excrete in urine about 70% of the nitrogen they consume. Again, the risk of this nitrogen leaching from urine patches is much higher in winter.

Such nitrogen leaching from pastures in winter, along with phosphorus runoff, contaminates water bodies and causes a loss of valuable nutrients from the farming system.

Nutrient budgeting using a computer model, notably Overseer, combined with feed budgeting, enables farmers to understand how they can adjust their farm system to minimise nitrogen losses. By doing this farmers can optimise the use of nutrients and reduce the impact on the environment by working out a pragmatic nutrient management plan.

The best response to N fertiliser occurs on fast growing pasture, when moisture and soil temperature are not limiting growth. In winter, at the same application rate, responses are lower and slower than other times of the year.

It is better to apply nitrogenous fertiliser when the pasture cover is 1500-1800kgDM/ha. This ensures sufficient leaf area for photosynthesis, leading to good pasture growth.

Remember that the profitability of applying nitrogen depends on the utilisation of the extra feed. Therefore, nitrogen needs to be strategically applied to fill genuine feed deficits.

Nitrogen conversion efficiency for any farm is another key point to be remembered. This is measured by calculating total nitrogen in product divided by the total nitrogen inputs into a farm and is expressed as a percentage.

Getting clear advice from farm consultants about the risks involved in winter nitrogen applications on individual properties is a good idea as it will help determine how they can best be managed, bearing in mind each farm's circumstances.