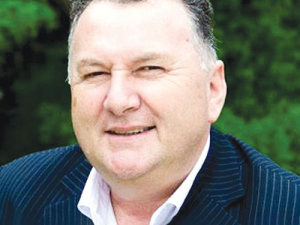 If you think only dairy farmers are facing fire from the new coalition Government, think again.

The strange outburst by Forestry Minister Shane Jones, of New Zealand First, against Fonterra and its top brass at the most prestigious of farmer events -- National Fieldays -- is only the beginning and could be a sign of things to come.

Jones has nothing to do with Fonterra, the co-op owned by 10,000 hard-working farmers who wake up daily at 4am to milk cows. They farm sustainably, look after animals and farms well and run their businesses profitably.

Like any other citizen, each has the right to decide which political party he or she supports.

It’s no secret that farmers, including dairy farmers, fear a barrage of taxes will come their way under this new Government -- for using water, for cows emitting methane and for contaminants reaching waterways around farms.

It’s also no secret that most farmers align themselves to the policies of the National Party. And some dairy farmers played a key role in pre-election protests against new taxes.

NZ First would love to eat into National’s farmer support.

While in opposition, NZ First leader Winston Peters was vocal on farming issues, notably the Chinese buying a stake in a meat co-op and the salary paid to Fonterra chief executive Theo Spierings.

Now in government, NZ First is unrelenting, with Jones as its attack dog. Jones has the gift of the gab and his one-liners make good fodder for the media. However, the bottom line is that he has no right meddling in the affairs of Fonterra.

Unlike Air NZ it is not Government-owned; the Government doesn’t appoint Fonterra directors.

The way Fonterra is performing, especially in China, may not be totally acceptable to farmer shareholders but the decision to change the chairman is their prerogative.

Jones said, “I thoroughly believe this: as the chief executive leaves Fonterra the chairman should in quick order catch the next cab out of town”.

For a Cabinet minister to attack a senior business leader isn’t a good idea. But Fonterra is staying mum on the attack and very few industry leaders are commenting on the issue, understandably.

It’s clear that some in this coalition Government have set their sights on Fonterra’s leadership. How this affects the upcoming DIRA review remains to be seen.

Jones wants Fonterra to be restructured but how he doesn’t make clear. NZ First wants to grow its farmer support base but it won’t achieve that by making unwarranted attacks on our business leaders.

Your canine crusader reckons it is ironic – and highly appropriate – that Shane Jones’ $3 billion electoral slush fund the Provincial Growth Fund (PGF) has exactly the same initials as the Problem Gambling Foundation (PGF)!

Let off the hook, again

Regional Economic Minister Shane Jones gets away with saying a lot of things many other Cabinet ministers won’t even dream of uttering.