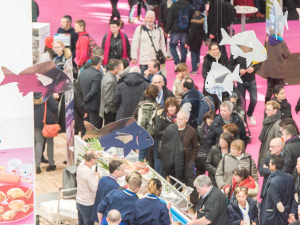 Salon International de l'Agriculture's (International Agricultural Show) final day on Sunday, March 1 was dropped due to fears of the virus.

The cancellation follows French health minister’s Olivier Véran announcement on Saturday that all gatherings of more than 5,000 people in confined spaces are banned across the country.

The ban extends for events in open environments where people may mix with others from areas where the virus is circulating.

Organisers announced on the event’s website, “Following the decision of the government and health authorities, any gathering of more than 5000 people is forbidden.

“The International Agricultural Show will end on Saturday 29th February at 7pm and will not open tomorrow, following the recommendations and decisions of the public authorities.”

This year’s theme at the International Agricultural Show, originally scheduled to run from 22 February to March 1, was “agriculture welcomes you with open arms”.

As of today, France has seen 201 cases of Covid-19 and four deaths.

The Toitū and Technology Viti Conference and Field Day has a focus on the future, with guidance on how to prepare for climate change, including the steps required to become carbon zero.