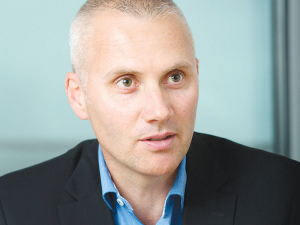 Fonterra has told its Australian farmer suppliers that it remains committed to that market.

During recent farmer meetings, Fonterra Australia was asked about its future in the competitive market, particularly after saying it would close the Dennington plant in Victoria within four months.

John Dalton, the chairman of Bonlac Supply Company (BSC), which represents Australian farmers supplying milk to Fonterra, told Rural News that sentiment among suppliers remains mixed. Some are still unhappy with the “stepdown” of the milk price by Fonterra in 2016 while others are happy with the current payout and eager to get on with dairy farming.

He says at meetings held in June, farmers questioned Fonterra about its commitment to Australia.

“That question was certainly raised, especially after the announcement to close the Dennington plant… and Fonterra has assured us that it remains committed to Australia.”

Dalton says in his 30 years as a dairy farmer he had never seen such challenging times for the sector.

“It’s certainly in a place never seen before. The lack of milk for processors is almost unprecedented,” he said.

Australia’s dairy industry has faced challenging times over the last two decades. In 2000, the industry produced nearly 11 billion litres of milk, according to Dairy Australia. In the 2017-18 season the industry processed only 9.2b litres.

Fonterra said in its July Global Dairy Update that it collected 122 million kgMS in Australia last season, ended June 2019 -- down 20% on the previous season.

Fonterra collections in June were 7 million kgMS, down 30% on June last season.

Dairy Australia forecasts annual milk production to decline by another 7% to 9% for the 2018-19 season.

Dalton expects milk production to either remain the same or drop even further, mostly because of water supply and weather problems.

He expects Tasmania to produce more milk this season, and Gippsland and Western Victoria supply to remain the same.

But Dalton says milk supply out of Northern Victoria will be down again this season.

Fonterra’s loss of milk supply is also due to suppliers switching to rival processors.

Dalton would not say how many farmer suppliers remain with BSC, referring Rural News to Fonterra.

He says other farmers have also left Fonterra, unhappy with how the co-op has been treating suppliers.

Fonterra Australia managing director René Dedoncker told Rural News that about 25% of farmers changed processor in the last 12 months, versus an average of 10% per year since 2015.

“Like last season, this season we’re seeing continued heightened competition for milk largely due to the drought, which is the worst on record and has seen milk volumes drop to two-decade lows. Like many processors we have had losses but we’ve also had new farmers join us.

“In this environment we, like all other businesses, need to continually assess whether we’re best placed for the future, look at ways we can reduce complexity and become more efficient.”

Dedoncker says Fonterra is clear on its commitment to Australia.

“We’ll continue to deliver a return to our shareholders, and offer a competitive milk price to our farmers.”