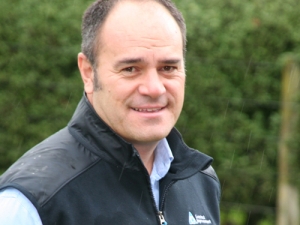 LIC has launched a new app, which will help farmers keep their cows’ health in-check from a mobile device.

The ‘MINDA’ app is the latest from the farmer-owned cooperative’s series. Each app provides farmers with a key part of their herd recording software on their smartphone, so they can quickly record and review more information from wherever they may be.

§  Record a health diagnosis and treatments

§  Create a health plan for multiple doses of a treatment

§  Save common treatments to device to simplify future recordings.

“Just like people, if a cow is unwell, then she will not perform to her full potential, and accurate records are vital to ensuring she receives the treatment and special attention she needs,” he says.

“Farmers are very good at recording health information about their herd, and referring to it when they need it most, that’s nothing new, but this app will make that whole process much simpler and bring it into real-time.”

Ford says the new app will save time and allow farmers to make more informed decisions on the spot, without the need for doing a lot of work later in the office.

“Having the health features in the new one-stop-shop app, alongside other cow records, calvings, matings and pasture information would also simplify access to the data, with it all available in one place,” he says.

MINDA is available to download now from Android and Apple app stores, and will be showcased at the National Fieldays this week (LIC site, Ex22).

Download is free, and its use is at no extra charge for farmers subscribed to LIC’s MINDA software, no matter how many staff download it.

New Holland Agriculture has introduced the new Braud 9000 series to its portfolio of self-propelled grape harvesters, with the 9090L…