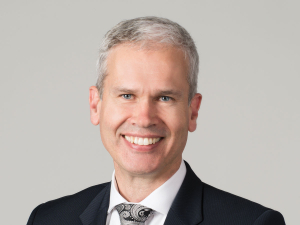 Jeffrey is General Manager Advocacy & General Counsel at New Zealand Winegrowers (NZW), and took up the role in early April.

MJ Loza, who had been in the role for three years, moved to Hawke's Bay in May to take up a position at Aotearoa Fine Wine Estates.

"Jeffrey has played an important role in establishing BRI and is very familiar with our operations and the service we provide to NZW's members," says MJ. "I am pleased he's available to take a leadership role at BRI and that someone with his expertise and experience is here for the BRI team over this time."

BRI expects to make an announcement regarding a permanent appointment in the CEO's role later this year.

Getting science to work in the field requires some give and take, says Bragato Research Institute viticulture extension and research manager Len Ibbotson.

A selection of New Zealand's most exciting wine research will be presented at the upcoming Grape Days events around the country.

MJ Loza has resigned his role as chief executive of the Bragato Research Institute (BRI), to move back into the industry.