Climate change and our wine regions 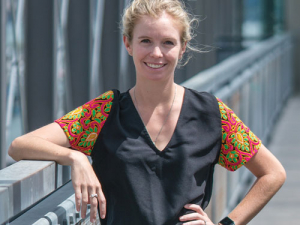 Climate change was a topic that came up time and again during the Bragato Conference. New Zealand Winegrowers and NIWA have begun researching what impact it will have on our wine regions.

The signs of climate change are all around us, NIWA climate scientist Petra Pearce told the conference. In the past century the New Zealand average temperature has risen by one degree. But there are many other signs.

“We are seeing larger extreme rainfall events than we used to,” she added. “More intense storms across the world, wild fires and droughts. We have seen sea levels rise in the last two decades, coral bleaching in the tropics related to increased ocean temperatures. In our part of the world, Franz Josef Glacier has retreated between 2005 and 2015.”

Those changes are unlikely to suddenly disappear, even if the Paris Accord was to see greenhouse gas emissions drop dramatically.

Ongoing work by NIWA for NZW shows just how those changes will impact on four of our main wine regions, through until 2090.

Pearce explained they were looking at two separate scenarios and two time frames.

“We have a mid-range scenario that involves a stabilization of greenhouse gas concentrations in the atmosphere, and we have a business as usual scenario where emissions continue unabated.”

Undertaking monthly climate change projectiles through the growing season (September to April), the first four regions to be regarded were Hawke’s Bay, Wairarapa, Marlborough and Central Otago. Other regions will follow later this year.

So what are the projections?

By 2040, there will be increased warming in all regions, under both scenarios. The temperature increase is projected at between 1 and 1.5 degrees.

Pearce said, it was after 2050 that the divergence between the two scenarios – the mid-range and business as usual – really begun to show through.

“By the end of the century the mid-range sees a flattening off of warming. But the business as usual scenario where emissions just keep on, really carries those warm temperatures further up to between three and four degrees”

Not only will temperatures rise, there will be more hot days under the business as usual scenario. Hot days are classified as over 25 degrees.

Currently in Hawke’s Bay there are around 12 hot days in January. “By 2090 there will be 10, maybe even 15 more hot days,” Pearce said. The same in Wairarapa and Marlborough. In central Otago the current number of hot days in January sits around 15. “The January prediction for the end of the century will see another 15 – so nearly every day of the month on average will be above 25 degrees under the business as usual scenario.”

Heatwaves, which are considered to be three or more consecutive days above 25 degrees, will also increase and Pearce said the season of these will extend.

“So at the moment you might see the first heatwave in Central in or around January. Towards the end of the century we have an earlier projectile, about a month earlier. And the end of the heat wave season is going to be a bit later.”

It is important she said to realise that this is not every single year, as even with climate change there will always be variability. There will be cooler and hotter years, that is par for the course – but the average across those variables will see an increase in temperature, hot days and heat waves.

In terms of rain, it is likely to be drier in the spring in all of the four regions by 2090, but wetter at the end of the growing season. In November Hawke’s Bay is likely to see 20 percent less rainfall, but in April it could experience 15 percent more. It is a similar story in all other regions.

The number of extreme rainfall or deluge flood events that impact on grapes, will continue to rise, particularly as temperatures rise.

“For short duration rainfall events, you see a larger increase per degree of warming. For say a one hour duration event, with a 100 year return period, so a very, very rare event, you will see a 14 percent increase in the amount of rain falling in that event, per degree of warming. So if we are looking to see two to three degrees of warming, that is quite a significant increase in the amount of rain that is falling during one of those events.”

Pearce said it is harder to predict whether New Zealand will be on the receiving end of more tropical cyclones in the future, although it is likely that the number we do receive will be more intense.

“Because we will have warmer oceans around New Zealand, tropical cyclones will be able to gather more strength than they can at the moment.”

A software providing greenhouse gas emissions measurement and scenario planning programme for the whole farm has been released.