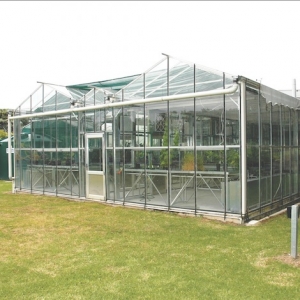 The ability for private growers to import new grape varieties into New Zealand has opened up in recent years, with the expansion of quarantine facilities operated by the Ministry for Primary Industries (MPI).

It is 14 years since the government closed down what were MAF level 3 quarantine facilities, leaving a major gap in the ever growing wine industry in New Zealand. Riversun Nursery Ltd stepped into that gap, creating their own facilities and importing dozens of new clones to satisfy the growing market.

But in 2007 MPI, with government backing, agreed to provide post-entry quarantine (PEQ) space, opening the way for individuals like Susan Wheeler to bring in a new grape variety, via a well organised and safe environment.

Given the wine industry is now the country’s 7th largest export earner, it is considered a high value crop. That means every vine brought into the country has to be tested for a wide range of exotic pests and diseases, before they can be allowed out into the vineyard.

There are three levels of PEQ, with level three being the highest. This is the level vines are normally held in, for anything up to 24 months.

“Level three is high security, ” says Lisa Ward  MPI’s Manager of Virology and PEQ. “Our facility provides quarantine space for a range of primary industry crops, such as grapes.”

In terms of the importation process that a potential importer has to go through, Ward says it is carefully detailed in the MPI website. Firstly the grower needs to obtain an import permit. Then they also need to organise and book a space at a quarantine facility, such as the MPI one in Auckland.

Grapevine material can be brought in in one of two ways, as dormant cuttings (bud sticks) or as plant tissue cultures.

Once the material arrives the MPI staff take over.

“Inspection of the material is undertaken by the glasshouse supervisor twice weekly during active growth and around every two months by an MPI Containment Inspector,” Ward says.

“We are looking for any signs of pest or disease. If there are symptoms on any of the plants, a sample is collected and sent to the MPI accredited laboratory where we will do general diagnostic tests to see what is causing those symptoms. If a pest or disease is found that isn’t currently known to be in New Zealand, a decision needs to be made as to whether the material can be treated or whether it needs to be destroyed.”

On top of those regular inspections, looking for disease signs in a number of forms, Ward says the plant will also undergo specific testing as part of the import requirements.

“That will happen regardless of whether there are symptoms or not. It is a suite of tests for all pests and diseases that we are worried about and want to keep out.”

One of those, is Xylella fastidiosa, better known to the industry as Pierce’s Disease.

This extensive testing continues throughout the quarantine period, for grapes that can be for up to two years. However MPI do have approved off shore facilities which can undertake some of those tests prior to the plants arriving in New Zealand. Ward says in a recent case, a private grower imported vines, which underwent the offshore testing, and therefore only required nine months in level 2 quarantine here in New Zealand.

If you would like any further information regarding the importation rules and the quarantine requirements, visit the MPI website at.