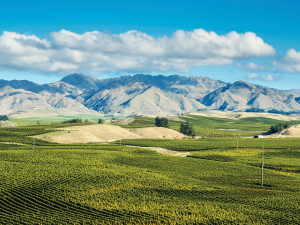 The past six years has seen increased growth in the New Zealand viticultural sector, according to MyFarm Investments, but future long-term growth will depend on other varietals outside Marlborough Sauvignon Blanc.

The Viticulture Sector Update highlights the exponential growth of Marlborough Sauvignon Blanc since the early 2000s.

In determining if New Zealand will have enough wine to satisfy demand, the report states that the majority of greenfield development since 2012 has been undertaken by larger vertically integrated wineries. Marlborough Sauvignon Blanc has led that charge, with the companies using the variety to support other sales activity

But land in Marlborough is fast running out, with an estimated 5 to 6,000 hectares of viable vineyard land still available. There is some thought that what is left will be all planted by 2025.

MyFarm Investments says for the sector to continue to grow beyond this period, it will need to find a more profitable blueprint for other varietals in other parts of the country.

“Marlborough Sauvignon Blanc has fueled the lion’s share of the sector’s growth so far, but there seems little reason why Pinot Noir from Central Otago, or any other varietal from another region couldn’t experience the same kind of international success/growth. But it isn’t solely about market success either as the returns for growers (i.e. yields and other agronomic factors) need to be attractive enough to encourage investment too.”

There are challenges ahead the report states. They include; labour availability and the impact of minimum and general wage increases, general weather risks and the associated disease and pest risks that accompany this, biosecurity breaches leading to the introduction of a new pest or disease, access to water – especially in Marlborough - and the erosion of “Brand Marlborough.”

It has been an on-going concern to many in Marlborough about the increase in exports of bulk wine, which could in turn erode the region’s brand equity.

However, the report says a number of multi-national wineries are currently exporting in bulk to achieve better logistical packaging and tax efficiencies.

“The repackaging of bulk products offshore doesn’t necessarily mean lower returns, as long as it ends up in premium packaged wine segments,” it says. “The fear for the New Zealand industry has been the risk that spikes in bulk export volumes could drive increased supply into lower-value private brands in key export markets.

“This doesn’t appear to be happening in a systemic way at present. This is best highlighted by New Zealand’s largest bulk wine destination, the UK (40% of all bulk exports in 2018). Bulk wine exports accounted for 53 percent of total volumes sent to the UK in 2018, yet the amount that finds its way into a ‘private brand’ is reportedly only around five percent. This is the lowest percentage in this category of all major wine suppliers to the UK market.

“Further, private branded sales of New Zealand wine have been growing in recent years and remain at retail price points materially above other competitors.”

Horticulture in search of growth capital

Despite its good market returns, growth capital is limited for the horticulture sector.