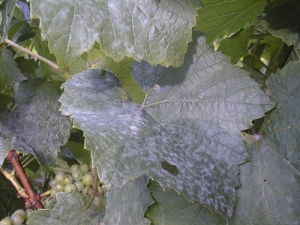 Bayer New Zealand grape specialist Chris Miln says Luna Sensation has been extensively trialled in New Zealand where it has been shown to be highly effective against powdery mildew.

“The disease is common in New Zealand and is increasingly becoming a problem for grape growers in all the main grape growing regions. Powdery mildew is not only unsightly, but it can have a major financial impact too. Infected grapes can result in off wine flavours and are usually downgraded in the winery, resulting in a financial penalty to the grower,” says Miln.

“Growers are keen to control and eliminate powdery mildew, so naturally we are delighted to supply the new technology in Luna Sensation.”

Powdery mildew is often described as a hot weather disease as it develops under relatively dry conditions and does not require moisture to spread its infection. It often arises in the spring from contaminated shoots or buds and if left untreated, will spread throughout the vine. As its name suggests, powdery mildew appears as a grey to white powdery growth on leaves and bunches of grapes.

“The use recommendations for Luna Sensation are for applications over the critical flowering period, a crucial timing to prevent powdery mildew infections,” explains Miln.

“It also has other advantages such as good adherence to the vine and no detectable residues.”

Miln says the key to controlling powdery mildew is to get in early and control early season infections to prevent epidemics occurring later.

“To really be effective, growers need to have a seasonal spray programme from early spring right through to the pre-bunch closure stage. With Luna Sensation now available, they now have a powerful new tool to incorporate into spray programmes.” 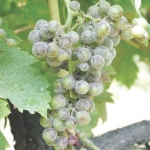 This season Zelam is set to launch a new product onto the market for the control of Botrytis and Downy Mildew in wine grapes.