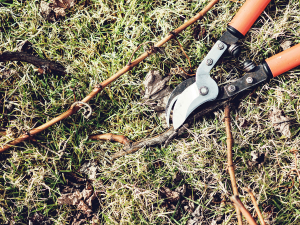 "Across this vineyard area there could be a potential loss in yield and income of between 10 to 30 percent," Wine Marlborough Advocacy Manager Nicci Armour reported to a New Zealand Winegrowers board meeting in August.

Guy Lissaman, Chair of the Marlborough Labour Governance Group, estimated the potential economic impact of the pruning shortfall after consultation with several viticulturists. He says the depleted winter labour force was exacerbated by early budburst, reducing the window for pruning within dormancy. "The risk of pruning after budburst is that a percentage of buds will be damaged, leading to a loss of shoots and bunches that subsequently grow from these buds, leading to a drop in yield and income," he says.

Nicci says with budburst even earlier than anticipated, the economic impact is expected to be higher than that predicted in August.

Wine Marlborough undertook two grower surveys in July and August, with swift responses from members giving a view to 16,000ha and painting a dire picture of pruning progress. Nicci used the survey information, teamed with forecasts provided by New Zealand Ethical Employers - an organisation made up of Recognised Seasonal Employer (RSE) scheme contractors - to build a model the industry can use to better understand labour requirements.

"Capturing this information on the pruning progress proved valuable to Marlborough growers this season," she says. "It helped our industry members make informed decisions and offered a critical level of insight into a complex situation that no single business had responsibility for. The model was turned around quickly to respond to industry needs, and while it isn't perfect, it did the job."

Covid-19 - which drastically reduced access to RSE workers over the winter pruning season - shone a light on the labour crisis, says Nicci. But it was a growing issue for the industry before the pandemic closed borders, and would continue to pose a problem when they reopened. She hopes to see the model developed further, including the use of geographic information system (GIS) technology to create a realtime tool with improved accuracy, efficiency, and broader applicability. "With the start of an agritech sector emerging in Marlborough there is a huge opportunity to develop technology enabled tools for improved decision support on vineyard."