Reds and rosés get chance to compete 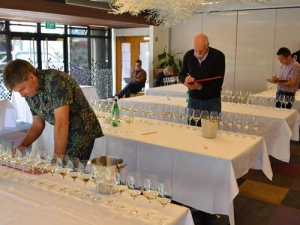 The competition is open to all wines made in an aromatic style. For the 2015 event the decision was made to accept red and rosé wines to better reflect consumer demand, says chairman of judges Terry Copeland

“By extending the competition classes, we’re able to recognise that more and more consumers want aromatic styles and this has extended itself into the red and rosé spectrum. Winemakers are now making styles that are less encumbered with oak and are more concentrated on expressions of fruit character.

“It will be great to see how these reds in particular come through the competition and to see how the wine industry is responding to the challenges of meeting consumer demand.”

Entries are open for the competition, which is now in its thirteenth year. The competition annually attracts around 400 entries across a variety of classes.

Marlborough vineyard Lawson’s Dry Hills took out the top spot in 2014, winning the Supreme Champion Wine in Show award with their 2013 Gewürztraminer.

Winning wines will be announced in early October and will be on display at the 2015 Canterbury A&P Show in the Food and Wine NZ Pavilion from Wednesday 11 to Friday 13 November.

Entries for both competitions close on 23 September 2015. To find out more about the competition go to www.aromaticwine.co.nz.