Sensitivity Science: Looking at the role of BA in wine intolerance 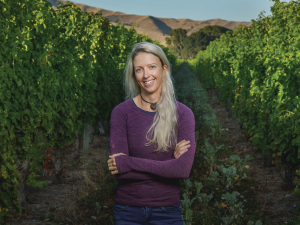 New Zealand has an opportunity to promote wines that are low in biogenic amines, says Sophie Parker-Thomson MW. Photo by Jim Tannock

Sulphites should be seen as a solution to wine sensitivity, rather than a source, says New Zealand Master of Wine Sophie Parker-Thomson.

A research paper, recently published as part of Sophie's Master of Wine exam, explores the role of biogenic amines (BAs) in wine intolerance, and the use of sulphur dioxide (SO2) in winemaking to mitigate that issue. Addressing levels of BA could see some people "re-engage" with wine, she concludes in her study. "The argument for establishing a low BA categoryof wine is compelling."

A substantial literature review revealed that while SO2 is frequently blamed for wine intolerance, clinical studies demonstrate that sulphiites are a health risk to three to 10 percent of diagnoses acute asthmatics, with their reaction almost always respiratory. Meanwhile, symptoms of BA toxicity "mirror" those of wine intolerance, "including headaches, nausea, rashes, and flushing", the report says. BAs are bacterially created chemical compounds decarboxylated from amino acid precursors, that play a role in normal human physiological function, but can create adverse reactions in cases of excessive oral intake.

And that issue is heightened when it comes to levels in wine, because ethanol and acetaldehyde inhibit enzymatic detoxification, and compound the hazard, the report continues. "While the high ethanol/acid environment of wine makes it inhospitable to the most pernicious microorganisms, it is evident that BA presence in wine is indeed a demonstrable threat to human health and safety that needs consideration and management," Sophie writes. "The issue of BAs needs to be brought into the open, and the industry needs to do its part to ensure that wines being sold are safe for consumers to drink."

Numerous factors influence BA levels in wine, but it has been established that the most quantitatively and qualitatively important are winemaking practices, says the paper, with Sophie's research revealing that wines with zero and low-SO2 regimes had the highest BA levels, and that timing of SO2 additions was critical.

Sophie analysed 100 New Zealand Sauvignon Blanc wines for three BAs - histamine, tyramine and putrescine - using a cross section of wine styles under classic, alternative, low and zero - SO2 regimes. The report shows there were highly statistically significant differences between SO2 regimes and BA levels, "with very high BA concentrations recorded in zero and low-SO2 wines while the lowest concentrations were recorded in the classic style". The negative correlations beween SO2 and BAs demonstrate that both SO2 amount and timing of addition, and specifically pre alcoholic fermentation, are of "critical importance" to ensure BA levels remain below toxic thresholds in wines, she writes, noting the "irony' of SO2 being blamed for wine intolerance.

The research established that as little as the 30ppm equivalent of sulphur dioxide added to the grape juice before alcoholic fermentation (AF) begins is enough to make the environmental "hostile" to the lactic acid bacteria that can produce BAs. Having undertaken that step, the winemaker can use techniques that might otherwise contribute to elevated BA concentrations, such as malolactic fermentation, skin contact and lees ageing, says Sophie. "For winemakers it is reassuring that a relatively modest SO2 regime, commencing with a pre-AF addition, will moderate resulting BA levels in wine, allowing freedom of winemaking style and creative expression in the cellar."

Her paper concludes that there is a strong argument that wines with very high BA levels should carry a warning "as these toxic levels pose a risk even to healthy individuals when moderate amounts of these wines are consumed". She would also like to see an increase in public education to ensure industry and consumers are aware of BAs in food and beverage, "and their likely role in wine intolerance".

In the seven months since the research paper was published, Sophie has had many people contact her, with most responses from winemakers and wine professionals "overwhelmingly positive". She has also been contacted by wine drinkers pleased to understand why they may be suffering adverse reactions not related to overindulgence. And wine communicators have been particularly interested, "because they come up against discussion and questions from consumers about this all the time," she says.

The work reveals a "potential opportunity for New Zealand wine", with Sophie proposing consideration of a collective body of companies that can have their wines certified as being low BA. There would be cost associated, but also the chance to capture the 10 percent of people who regularly suffer from wine intolerance, "which is highly likely to be biogenic amine driven," she says. Meanwhile, New Zealand is fortunate that the production method of its classic style Sauvignon Blanc, which includes a field SO2 addition before machine harvest (the report notes that due to oxidisation this needs to be a higher addition rate than that to juice) results in naturally very low BAs, she adds.

Sophie hopes there will be further research on the topic, including BA toxicity thresholds, the specific bacteria involved in BAs, and a more nuanced understanding of SO2 additions on BA concentrations by using micro-ferments.

Looking back at the demonisation of sulphur dioxide, Sophie sasy there was unregulated use prior to 1988, which was particularly an issue in America, where it was essentially "shovelled on" in the likes of salad bars, leading to serious health consequences for asthmaics. The subsequemt use of SO2 warnings on labels was a "warranted move" but resulted in an overcorrection, she says. "Regulated and appropriate use of SO2 is a very useful winemaking tool and is far less toxic than bacterial by-products that result from its absence. In addition, it helps to preserve sense of place, which is arguably what fine wine is all about."

The timing for her research is particularly relevant, "because there is a pervasive public opinion that all preservatives are bad and natural is good", Sophie says. "But we have to remind ourselves that not everything in nature is good for us and that some bacteria can produce toxins that are harmful."

A Ministry of Primary Industries operation in Auckland has led to the prosecution of several meats sellers after raw meat samples were found to contain non-compliant substances.