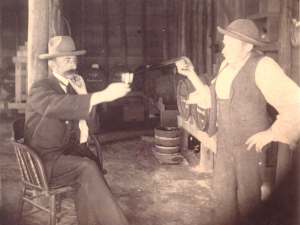 Romeo Bragato continues to make his mark on New Zealand’s wine industry, 125 years after he first offered advice on the prospects for viticulture. The Bragato Trust granted a total of $23,000 to seven wine and viticulture students last year, with 45 grants worth $240,000 since the trust was established in 2008.

Trust Chair Kevyn Moore, who is a past president of the New Zealand Grape Growers Council (NZGGC), says the grants are a lasting recognition of the foresight of Bragato. The Bragato Trust was established following a $380,841 bequest from the estate of Jan Colville, the granddaughter of Romeo Bragato.

It has been supplemented with a number of donations, including from the NZGGC and New Zealand Winegrowers, and is now valued at around $1.1 million.

The charitable trust provides undergraduate, postgraduate, and research fellowships for students of viticulture in educational institutes and universities in New Zealand, to gain further qualifications or experience in viticulture.

Over the past 25 years, Kevyn has researched and written a comprehensive history on Romeo Bragato, who left Italy as a young viticulturist in 1888 in order to become part of Australia’s new world wine industry. By 1889 he was a Victorian Government Viticulturist and in 1895 (100 years before the first Romeo Bragato Conference was held in Marlborough) Romeo visited New Zealand at the request of the Prime Minister Richard Seddon. He subsequently produced a report entitled ‘Prospects of Viticulture and Instructions for Planting and Pruning’, which was presented to the New Zealand Government.

In 1902 the Government persuaded Romeo to come to New Zealand again, says Kevyn in his biography. This time he came to stay and became Government Viticulturist with the Department of Agriculture. Kevyn says Romeo’s mark on the industry - through his work, the conference named for him, the trust that remembers him and the annual Bragato Student Exchange between New Zealand and Conegliano, Italy - is huge.

This year’s Romeo Bragato Wine Awards will be different to those in the past, with the awards split into two sections.

It is 21 years since the very first Romeo Bragato Conference was held. Back in 1995 it was organized by the New Zealand Grape Grower’s Council, aimed at providing growers with up-to-date information on what was happening out there in the vineyard.

Now in its 21st year, the Romeo Bragato Conference continues to evolve.