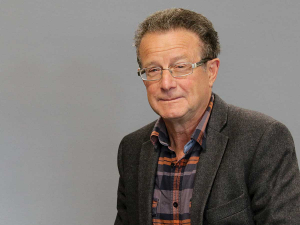 Professor Charles Eason retired from his Cawthron role late last year, and says he is looking forward to taking up the role with the Bragato Research Institute (BRI). “I am passionate about supporting the growth of research and development, and progressing that through to practical industry solutions for the wine industry.”

Board Chair Mark Gilbert says Charles brings an “outstanding” record of leadership of science-based organisations, “and we look forward to his input to progress the practical research aspirations of the institute”. The Government’s Regional Research Institute (RRI) policy, through which the BRI was established, was based on the success of Cawthron, says Mark. “So it is appropriate that Professor Eason continues that legacy here.”

Charles, who holds a PhD (Pharmacology and Toxicology) from the University of Surrey, joined Cawthron in 2003 as a Board Director, and was Chief Executive from 2012 to 2020. His science background includes senior research and management positions overseas and in New Zealand, including with multinational companies, a Crown Research Institute, a university and a manufacturing business. As a Lincoln University professor, he is the Director of the Centre for Wildlife Management and Conservation, and associated with research aimed at better protecting endangered native species. In 2019, Charles was appointed as a Companion of the New Zealand Order of Merit (CNZM) for his services to science and wildlife conservation.

He is also a Companion of the Royal Society Te Apārangi and was awarded their Thomson Medal in 2017 for outstanding leadership in his research career and for his achievements as head of the Cawthron Institute. At the time, the medal selection committee said Charles’ ability to link scientific innovation with commercial experience had a global impact in the areas of chemical toxicity, pest control, food safety, aquaculture, drug development, and environmental protection. As a leader at Cawthron, they noted his skill in developing and consolidating staff capabilities, infrastructure, and financial viability.