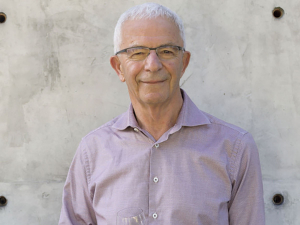 For the first time ever a New Zealand wine brand has been included in the top three Most Admired Wine Brands in the World, taking out the third spot.

“It’s an absolute honour for Villa Maria to be named as the third most admired wine brand in the world and we are delighted to be held in such high esteem on the international stage,” said Villa Maria Founder and President, Sir George Fistonich.

“New Zealand is a relatively young winemaking nation and to be in the top three wine brands in the world is immensely powerful for New Zealand wine and the New Zealand export sector. I’m very excited about the future of our whole industry. This award is a testament to the unrelenting passion, enthusiasm and intelligence of winemaking and viticulture teams.

Villa Maria has been named New Zealand’s Most Admired Wine Brand for five consecutive years and been in the World’s Top 10 placing fourth in 2015, eighth in 2016, fourth in 2017 and eighth in 2018.  Judges look for the wine and brand to be a true reflection of the country of origin, consistency and quality, marketing appeal and the ability to meet consumer needs.

“New Zealand wine has become a $1.7 billion international success story because our wine producers have always delivered real value to consumers,” says New Zealand Winegrowers Chief Executive Officer Philip Gregan. “This award highlights the on-going success of New Zealand wine brands as they compete for the attention of consumers across the globe.”

The ‘Most Admired Wine Brand’ awards are operated by Drinks International – one of the world’s leading and most respected drinks magazine and UK based global research company Wine Intelligence. The awards are judged by more than 130 industry experts. Winning companies had to produce wine of consistent or improving quality, reflect its region or country of origin, respond to the target audience, be well marketed and packaged, and appeal to a wide demographic.

Three other New Zealand companies made the top 50; Felton Road at number 12, Cloudy Bay at 21 and Oyster Bay at 32.