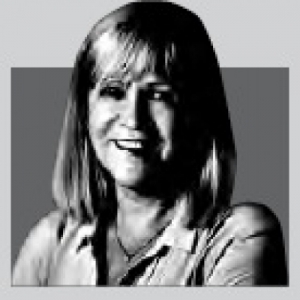 The impact of Cyclone Pam may not have been as devastating to New Zealand as was first predicted, which is something we can all be thankful for.

But for those living in Vanuatu, the same cannot be said. At the time of writing this, there is no definitive word on how many people perished in the cyclone – believed to be the worst event to hit the Pacific in years. But the devastation was apparent to anyone seeing the photos or live coverage coming from the archipelago.

On some of the outlying islands, nothing was left standing. Homes, possessions, trees and jobs have all been destroyed. For this tiny nation, and its people, the impact of Pam will last for years.

New Zealand wine regions have a close affinity with Vanuatu, via the Recognised Seasonal Employment Scheme (RSE). More than 1700 workers from the islands were here in this country, at the time the cyclone hit. For each of those, the waiting for news of their loved ones was agonising. The sight of their homeland having been torn apart by Mother Nature was heart breaking. And for those employing the workers, the need to do something positive to help was anything but a knee jerk reaction.

The Vanuatuans employed under the RSE scheme in New Zealand were spread around the country. In Central there were more than 550, Marlborough 450 and Hawke’s Bay close to 800. While not all of those are employed in the wine industry, a large percentage are – especially in Marlborough.

While there was little any employer could do to ease the feeling of impotency felt by the workers, they have done something even more positive. They have set up fundraising projects, which will benefit the workers themselves and help their communities to rebuild.

Seasonal Solutions Cooperative in Central Otago employ 440 workers from Vanuatu and within a few days had established a bank account for donations. Spokesman James Dicey said the money raised will go directly to the men working in Central.

“Some local growers are matching the earnings their Vanuatuan workers earn in a day and donating this to the relief effort,” he said. “Kiwi employees have also mentioned they will donate a day’s earnings to the relief fund.”
A local winery made a $10,000 donation straight off and the relief fund team are hoping others will follow suit.

The Cooperative, along with vineyard and orchard owners are collecting building materials which will be sent directly to the islands, to help with the rebuild.

In Marlborough – the winegrower’s association, Wine Marlborough became the face of the regional fundraising efforts. A bank account was established with a $1000 donation from the organisation itself, while donation buckets were placed in more than 20 premises in the region allowing members of the public the chance to help out.

As in Central building materials are being collected to send to Tanna, the island that was one of the worst hit. It is also home to the majority of Vanuatuans working in Marlborough.

It is heart warming to see the efforts being undertaken. While nothing can alleviate the destruction – the call to arms by the wine industry to help is special. These workers have been a large part of our communities for almost a decade and now it’s our time to give something back.

If you would like to donate to the relief funds here are the details.

Central Otago: Bank Account number 06 0917 0088294 05. Please include the words Central Vanuatuans in the reference field and this will ensure the funds are distributed to the men based in Central Otago.