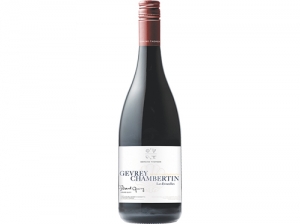 It is one brand with one owner and one varietal wine but from this year onwards, the winery formerly known as Surveyor Thomson has rebranded to Domaine-Thomson (no relation to this writer) and acquired land in Burgundy.

The Burgundian land acquisition took place in 2013 when owners PM and David Hall-Jones acquired a small plot of vineyard land in Gevrey-Chambertin, Burgundy; where they have had a home since 2001. But the first wine will take a little longer to appear. It has been made but has yet to be bottled; it is a 2013 vintage, which will be branded Domaine-Thomson.

It was made and will be bottled by the Burgundy-based winemaker, Gerard Quiby, who also grows the grapes that go into the wine.

He will retain approximately two thirds of the production for his own label; in exchange he grows the grapes, buys the barrels, makes the wine and bottles it for Domaine-Thomson.

Domaine-Thomson general manager Claudio Heye guesstimates that about 20 to 30 cases of the inaugural 2013 Domaine Thomson Gevrey Chambertin will be destined for New Zealand, arriving early next year. It will be distributed nationwide in New Zealand by Auckland-based French wine importer, Maison Vauron.

Two years ago Domaine-Thomson’s Otago vineyards began a conversion to organic and biodynamic processes. The vines are not yet fully accredited and Heye says the intention is not to use the green credentials as a marketing tool.

In its first incarnation as Surveyor Thomson, the company was started in Otago in 2001; the year that the owners first planted vines at Lowburn. Their first vintage was in 2003 and their second label, named Surveyor Thomson Explorer, was launched in 2008 as a gateway into good quality Pinot Noir.

The new 2013 Domaine-Thomson Explorer Pinot Noir was released in May this year and it is made from the seven hectare Moon Block Vineyard, which faces north west, is cropped at slightly higher levels than Domaine-Thomson Pinot Noir, and is aged for less time in oak; 50 percent is aged in two year old barrels while 50 percent is aged entirely in stainless steel, which helps to accentuate the fruit forward aromatics of this wine.

All of the fruit is hand picked for the winery’s Domaine-Thomson Pinot Noir and Dean Shaw has been the winemaker since the brand’s inception.

This year his name was added to the front label, which Heye says Shaw agreed to reluctantly; “But we are happy that he has agreed because we want to make a great wine and for it to have a connection with its maker.”