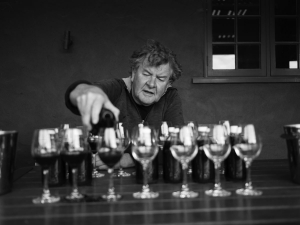 But getting a handle on potential demand is a slippery business in a global pandemic, with waves of lockdowns, ripples of rules and insecurity within the restaurant trade. "It's very hard to work out how much we needed this year - I think that's the big part," says Mahi's founder and winemaker. "The planning has been nigh on impossible. We talk to our agents a lot and get feedback, but they don't know what will happen when restaurants open fully."

In markets like Melbourne, where Mahi has been embedded for 20 years, things are recovering, but he fears decades of work may have been eroded over the past year of disconnect. “In some cases you feel like you’re starting over,” says Brian, who is 85 percent reliant on on-premise sales in New Zealand and 90 percent abroad. “I won’t know until I am back over there.”

Mahi increased its New Zealand sales over the past year, “so we are relatively happy at how we have come through”, but that’s only 20 percent of his business “at a stretch”, so Brian is eager to see the impact of England opening for business, alongside other countries warming back up to social dining. He’s had some big orders, but is unsure whether that’s simply down to filling depleted cellars, rather than an indication of burgeoning businesss.

Last year Brian took precautionary action when Covid loomed, to ensure he had less of the 2020 vintage, then sold out of some varieties in three months. So this year, with smaller than expected crops, he is erring on the other side of the scale. Despite finding it “pretty much impossible to plan”, he is determined to have enough wine.

When it comes to the vintage – early, light and great quality – Brian had a winery staffed by New Zealanders, rather than three quarters international as he’d normally have. They were all experienced, including a couple of “returns” and the son of winemaker Kim Crawford. He also had his own son Max on board, having returned from a New York winery. “It was a brilliant team – we were very fortunate,” he says.

But while quality was up, so were costs, with outgoings like handpicking costing twice as much, because in some varieties there was as little as half the normal yield. And he’s concerned that estimate models are predicting small crops again next year. “That is a concern. How the industry handles it, no one knows, but I imagine there will be quite a few of the second labels that will go away.”

A shared life at Mahi

When Max Bicknell unexpectedly found himself in charge of an upstate New York winery - its winemaker trapped in Australia by Covid-19 - his dad's scrawled notes in a textbook proved a lifeline.