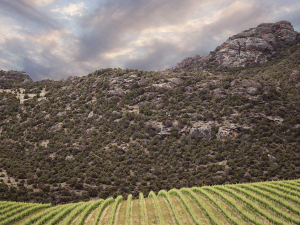 La Niña conditions traditionally bring increased humidity and rainfall and this has been the case at times, but not in the areas most likely to receive the rain. Many parts of the South Island have seen temperatures consistently run below average and there has even been the occasional threat of frost in December and January. Further north, Hawke’s Bay and Gisborne have fared better since the heavy rains of November 2020 and mean temperatures have been close to normal through summer so far. Rainfall totals have been near or a little below average. Central Otago has seen arguably the most diverse weather this summer with snow to the ranges, frost, thunderstorms and heavy rain from mid-December onwards. One factor for this has been the unusually stormy Southern Ocean that has pushed up cold southerly outbreaks from time to time.

Our seasonal climate is made up of a number of factors that combine to give our day to day weather. La Niña is one of the main drivers this season and we have seen a reduction in the number of warm, northwest winds across the South Island and lower North Island. The Southern Annular Mode is still showing positive conditions. This means that the belt of strong westerlies that race around Antarctica remain further south and have a reduced effect on New Zealand. We have seen cool southerly changes from time to time and these have been unusually frequent and cold. The risk of these cold changes is likely to reduce as high pressure moves into the south. Mean temperatures have been close to average but given the last few warm summers it does feel like conditions are much cooler than what we have recently experienced. This will be in part to a reduction in the number of 30C days across the country and especially in the east. Sea surface temperatures are above average around New Zealand and conditions are likely to push above average for the next few months.

The threat of a tropical cyclone affecting New Zealand is highest during March and April and this is likely to be the case again this year. So far we have seen little in the way of tropical cyclone development but the risk of a cyclone forming and moving south to our shores remains above average in 2021.

The outlook for February and March:
Gisborne/Hawke’s Bay

Mean temperatures are likely to remain near or a little above average through into early autumn. There will be occasional warm northwest winds but the prevailing conditions are likely to be northeast winds along the coast and pushing inland. There is likely to be an increase in humidity and rainfall totals have a higher than normal chance of remaining above average while sunshine totals may run below average for the next two to three months.

Mean temperatures are likely to return to normal and even push above average through into mid-autumn. Long term modelling is showing an increase in high pressure over the lower South Island. This should result in more settled conditions although there is still an increased risk of cloud and rain in the far east. The number of 30C days should increase in February. Rainfall totals should fall back to near normal levels but, as with the North Island, any tropical lows that move south have the potential to disrupt and bring extreme weather events to the deep south. Overall we are more positive that conditions will improve.