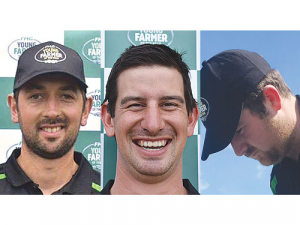 Farmers will head for Wellington for the event on February 24, believed to be the first time the regional final has been held in the capital city.

The contest is one of seven regional finals; the final will be held in Invercargill in July.

Vet student Emma Dangen (23) hopes her years of study at Massey University will help her outsmart the boys.

“Competing has always been a dream of mine,” she says, facing her final year as a bachelor of veterinary science student. Her brother Tim is competing in the northern regional final.

Also in contest is Kimbolton contract milker Michael McCombs, the Taranaki Dairy Trainee of the Year in 2015.

He is a volunteer firefighter and spent six months mustering cattle in the Australian outback.

“I’d hardly ridden a horse before I got there, but I knew enough not to come off too many times,” he says. He is one of three finalists from Marton Young Farmers.

The club’s vice-chairman, Will Taylor (26), is a Feilding technical field rep for PGG Wrightson.

“I enjoy getting out there and benchmarking myself against other professionals in the industry,” he said.

“I’ve also worked as a bartender at a cocktail bar in Palmerston North,” he adds.

His clubmate Lachlan Fee (26) is in his second season managing a 600-cow dairy farm at Opiki.

He was stoked to win a district contest after placing third twice.  “It seemed like I was always the bridesmaid, never the bride,” he says.

Nick Brown (30) is the oldest contestant in the Taranaki/Manawatu regional final.

“This will be my last chance at winning,” said the Diploma in Agriculture graduate of Lincoln University.

He and his wife Sophie use a drone to make video blogs about life on their Toko sheep and beef farm.

“My strengths are any modules involving machinery like tractors and quads,” he says.

He has a Bachelor of Science degree with majors in ecology and zoology from Massey University and is a herd manager on a 500-cow dairy farm at Cardiff.

“I enjoy the networking side of the contest; it’s a great opportunity to meet people,” said the keen cook, who was born on the farm behind the Tui Brewery at Mangatainoka.

They’ll be in contest with Kieran McCahon (21), who recently completed a bachelor of agricultural science course at Massey University.

He grew up on a 1000-cow dairy farm near Dargaville in Northland.

“In 2017, I was one of two New Zealanders to attend a youth summit organised by Syngenta examining issues facing smallholder farmers in Vietnam,” he said.

The regional final will be held at Crawford Green, Miramar on February 24, hosted by Te Radar. It’s the 50th anniversary of the competition which started as a national radio quiz. 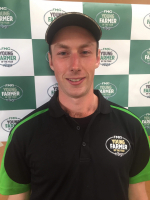 Three agribusiness leaders have been elected to the board of rural insurer FMG.