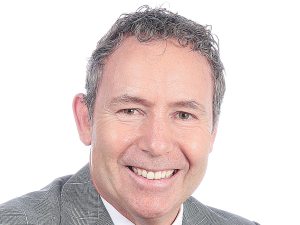 He will start in the role on December 20th, replacing Chris Black.

FMG board chair Tony Cleland says the board is thrilled to have secured someone of Heath's calibre.

Cleland says Heath comes with a strong background in general and life insurance, banking and telecommunications.

"Added to this, Heath is a leader who empowers those around him, shares FMG's values and has empathy for the mutual model and the rural sector. We know Heath will be a great fit for FMG and ably lead the organisation through its next chapter," says Cleland.

In accepting the role Heath says he's long admired FMG from the outside as an iconic New Zealand and rural brand.

"I'm really looking forward to joining FMG and being part of the mutual's long and proud history of supporting rural communities. It has an ambitious growth strategy and wants to improve further to support clients and members in an increasingly digitalised world."

Rural insurer FMG is offering up three tips for farmers and contract milkers to support a successful Moving Day this year.