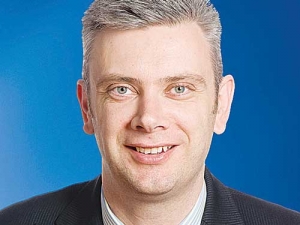 The international head of agribusiness at KPMG Ian Proudfoot has a sombre message for dairy farmers.

As a consequence of global issues he thinks a farmgate milk price in the range of $4-$5/kgMS is the best dairy farmers can expect this season and probably next season.

Proudfoot says the most farmers will see is a slow improvement and that to some extent depends on the impact of the weather over the next three to four months. But while this is an issue on the home front, he's more concerned about is the growth of the domestic market in China.

"My concern there is related to the fact that the Chinese economy is looking like its slowing far faster than people thought it would slow," he says.

As a consequence income growth will slow in China and therefore, not only China, but a swath of emerging markets might not having the discretionary funds that we anticipated, he says.

"This will impact on how much people will be prepared to pay for the products. I see a lot of uncertainty and consequently this will probably have some downward pressure on them more than maybe we expected," he says.

Proudfoot says China has presented a bubble of opportunity for exporters, but he's been urging caution and encouraging companies to have 'optionality' across a number of markets. The Free Trade Agreement (FTA) made China the 'market de jour' for the New Zealand Government and they pushed the China option stronger than other markets.

"When we look at the Chinese stock market itself the valuations of companies we were seeing in the middle of last year were just ridiculous," he says

"They were trading on multiples of hundreds and there was no fundamental economic basis for that. At the same time the Chinese Government was encouraging the banks to lend money to people to buy shares and that is never a good thing to do. There are some structural issues in the Chinese market that will present challenges."

But Proudfoot says the New Zealand companies he talks to have not been completely caught up in the Chinese market opportunity and most have been developing a portfolio of opportunities which will stand them in good stead.

"Zespri is a good example of that where, while they have had really good growth in China, they have also got whole lot of other markets they have been very successful in growing their brand in," he says.

Proudfoot says it's not only the milk price that's putting farmers under pressure. It's also the requirements around environmental management.

People are aware of the hard times ahead and to get through the difficult times they will need to manage their businesses in a very tight focused way and control cash flows.