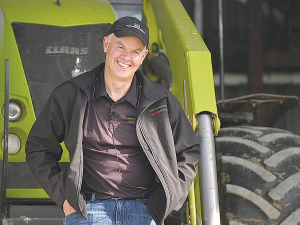 A New Zealand company says it has bred the world's first team of bulls that all carry a dominant gene certain to breed heat tolerant cows.

These cows cope better in tropical climates, ensuring milk production for countries with some of the world's greatest deficits of protein.

Thermo Regulatory Genetics has bred a team of four homozygous Jersey bulls who all have the "Slick" gene, named because cattle who inherit the gene have short hair and appear shiny and wet.

Their lack of hair keeps them up to 1°C cooler than other cattle. This is enough to make them perform significantly better in hot and humid temperatures, making them ideal for dairy operations in tropical countries.

'Homozygous' means all daughters born to the bulls are guaranteed to have the Slick gene.

Thermo chief executive Derek Fairweather says these world-first genetics are one part of a complex puzzle that can help provide greater food security, particularly protein security, in some of the globe's hottest and poorest populations.

"We started in 2008 breeding Slick genetics into dairy cows, after our team had done a fair amount of travel around the tropics. In these regions we saw a lot of very average cows, providing very average returns for local farmers," he explains.

"We came away from those trips wanting to develop better genetics for the tropics because we understood that the added financial returns gained from better-producing cows literally mean the difference for a farmer sending his child to school or not."

Fairweather says as climate change takes hold, many of the popular breeds being used in the tropics (some parts of NZ can be classes as tropical in summer) produce less as temperatures rise. Many farmers had bred Holstein Friesian cows, but the company's research found Jerseys performed better in the high temperatures.

Thermo Regulatory Genetics has signed a strategic alliance with the University of Florida, led by Dr Pete Hansen, with the university team leading research in the space of heat tolerant genetics.

"Our research on Holsteins with the Slick gene has shown cows with the gene don't suffer the drop in milk yield during heat stress that other cows do," says Hansen.

"We've also found that Slick cows have lower body temperatures in hot conditions. Our colleagues in Puerto Rico have shown that calving intervals are around two months shorter than non-Slick cows."

Thermo Regulatory Genetics is in its fifth year of selling genetics and has thousands of daughters in the tropics. The Philippines is currently the oldest recurring market, now milking second lactation daughters, but Fairweather says all countries near the equator were a target for cattle with the gene.

He adds that the company is now going back to farmers in the tropics to gather data from cows bred there over the last five years. It plans to continue to improve and refine the genetics by applying traditional breeding methodology. This includes the use of genomic testing to assess genetic potential and select the most economically important traits for milk producers.

“We are a science and data driven company so it’s not about promoting one breed,” Fairweather says.

“We’re continuing to gather data so we can understand which daughters of the bulls are really performing so we can build a proven superior animal, specifically for the tropics.”

The company is also breeding polled genetics (cattle that don’t grow horns) to reduce the risk of infection from dehorning in humid environments; cows that specifically produce A2 milk, for countries like Pakistan which only allows A2 genetics to be imported.

Fairweather says the next frontier would be adding traits such as resistance to ticks.

“There’s 250 million dairy cows in the tropics so there is real potential and opportunity in developing the right cow for that climate.”

Fairweather emphasises this has all been achieved through a natural breeding program.

“We are and will not pursue gene editing, as that triggers complex and unnecessary issues.” 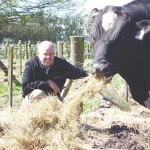 A NEW Zealand company has developed a heat-tolerant cow that produces more under heat stress.