$7 payout still on the cards 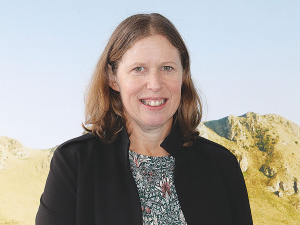 Economists are still sticking to a 2019/20 season forecast of around $7/kgMS despite the 3.8% drop in the Global Dairy Trade overall price index last week.

This followed a 3.4% drop in the previously GDT event.

BNZ senior economist Doug Steel says despite the drop, prices are not low and still up 13.4% on the year to date. However the decline reinforces the bank’s main message of caution for the season ahead.

“We think prices have a bit further to fall, given slowing world growth and caution is warranted given the global uncertainties prevailing. That said, generally subdued global milk supply should offer some price support.”

“If current prices and currency levels were to persist for the full season ahead, a milk price of $7 or a touch over would likely result.”

“With the extra milk from the 2018-19 season now through the market, and milk supply past its seasonal peak in the Northern Hemisphere, the recent downward slide in prices should be relatively short-lived.”

Last week Fonterra added extra volume to the event in the nearby delivery months, which combined with slightly softer recent Asian demand, says Kilsby. That resulted in prices falling for virtually all products offered (except casein).

It is not unusual to see prices retreat at this time of the season, she says.  New Zealand starts selling larger quantities of next season’s product and buyers are typically well stocked due to extra supply from their domestic production or other Northern Hemisphere suppliers.

“NZ is now the cheapest source of milkfat and milk powders so this should help improve demand from buyers who have a choice of supply regions.”

“Looking to the remainder of the season, the outlook for auction prices is mixed. The USDA has recently reported cuts in its forecasts for production in both 2019 and 2020 citing reductions in cow numbers, falling production per animal and rising costs. However, slowing economic conditions in some of our key trading partner economies, including China and some European countries, signal headwinds for prices.”

ASB senior economist, wealthy, Chris Tennent-Brown, says  WMP prices were disappointing, falling 4.3%.  “This was a touch more than our own expectations for a circa 3% decline. We take the view that WMP prices are consolidating as the market awaits the usual lift in spring milk volumes.

“And speaking of volumes, this was the largest auction since mid-February, so that may have contributed to the sogginess of this auction.”

Despite the dip, there is enough fat in ASB’s forecast to stick with $7/kgMS milk price forecast for 2019/20, he says.

“In this vein, the spring period will be important. If we are right that domestic production is soft this year compared to 2018, dairy buyers are likely to be caught short given many buyers appear to be currently living hand-to-mouth.

“We continue to hold our bullish 2019/20 milk price forecast of $7.00/kg. However, we again highlight that it is very early days for the 2019/20 season. Accordingly, our forecasts at this time of the season always come with a very wide range of error. Last night’s auction once again highlights the volatility inherent in dairy market,” says Tennent-Brown.