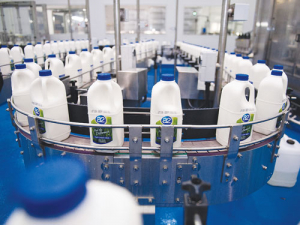 The A2 Milk Co has more than doubled its profit.

a2 Platinum infant formula sales revenue was $724.2m, an increase of 84% on the previous year.

The company reported that sales of a2 Platinum infant formula again grew substantially in Australia and China, with continued growth in market share. The ANZ market share grew from 26% to 32% by value.

a2 Platinum remains the fastest growing infant formula brand by value in Australia, the company says.

Consumption market share by value grew to 5.1% in China.

The company continued raising its brand awareness, expanding distribution in priority markets and adapting to new regulations in China.

Managing director and chief executive Jayne Hrdlicka says full year 2018 has been a year of change.