Algerians to thank for Fonterra jump 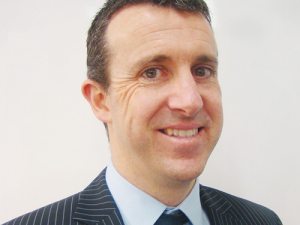 The cooperative raised the forecast farmgate milk price by 50 cents to $5.25/kgMS.

Dairy farmers may have the Algerian government to thank for Fonterra lifting its forecast early.

“The Algerian tender was a big deal,” Penny told Dairy News. “It was strong, so perhaps Fonterra is confident, because of this, that people will use it plus the (GDT) auction price as a benchmark for the next few months.”

The Algerian government’s tender for whole milk powder (WMP) was about US$3150/ tonne and skim milk powder about US$2500/t.

Milk futures were strong last week on that basis.

“If other markets' participants are keying off that, it may have given Fonterra extra confidence,” Penny says. “The fact they announced early [suggests] they are confident prices will stay at the level they have got to. They are seeing what I am seeing in terms of production here and in Europe: things are much weaker.”

Nevertheless the early forecast revision is a surprise because the last forecast was less than a month before, on August 25. They had only one GDT auction to go by because the forecast came straight after last week’s GDT auction so it is unlikely they had time to incorporate that result.

“We thought they would wait a month or two given that in late August they had upgraded their milk price. The main surprise is the timing – not that they lifted it.”

The GDT result wasn’t quite as ASB had expected. The overall price index lifted just 1.7% and whole milk powder (WMP) prices were largely unchanged (down 0.2%) after big moves in the three previous auctions.

“Dairy prices had lifted a lot anyway so at some stage markets need to catch their breath,” says Penny.

“Markets are probably keen to see more data to verify production is weaker. Spring data will be key. There is not much data yet; Fonterra’s will be out shortly for August. We probably want to see September as well before we are confident production is weak again.

“Markets will want to wait for that and assess whether they should build more into the lift to date or whether they have done enough.

“Some other prices aside from WMP were pretty firm: butter, anhydrous fat… and even skim milk powder wasn’t too bad. Markets will want to have a look-see over the next couple of months.”

Penny has for some time been forecasting a $6/kgMS for the 2016-17 season. “Fonterra is coming around to my view,” he says.

The whole basket of products is in line with where it needs to be, he says. To reach its $6/kgMS, ASB has the average overall price at $2950/t including anhydrous milk fat and butter, which are already higher than that.

“We are pretty close; it is just a matter of seeing over the coming months whether the prices stick,” Penny says. "We think they will but the markets want a bit more confirmation.”

Farmers have changed their behaviour: for example slaughter has been higher, which is hard to reverse.

“Last year El Nino had everyone thinking 'El Nino is going to hit and the weather will drive lower production',” he says.

“I don’t think we are relying on the weather this time; we have seen the herd is smaller. That is in some ways irreversible, and the weather can turn out better than expected as it did last year.”

Synlait has moved to $5/kgMS and it is always competitive so that is part of the pressure on Fonterra. But he thinks Fonterra’s is a reasonable forecast for now and he is still confident of his $6/kgMS forecast.

“It is still back from that so they are not running ahead of the game. Fonterra’s is a plausible forecast and not out of whack with what the market is doing,” he says.

This result was a clear disappointment to the futures market which had been hinting at another double digit price gain.

“It’s likely that New Zealand production will remain a crucial influence on global prices this season,” she says.

“And this season has started on a fairly firm footing in many parts of the country. Fonterra’s season-to-date milk collections are running almost 4% behind the same period last season (to the end of August).

“But this needs to be kept in context. Milk collections over the three months to August comprise less than 10% of milk collected over the season. In addition, Fonterra has been losing share of the local milk supply.

“Weather and pasture conditions over the next few months will be even more important than usual in determining domestic production. NZ farmers have gone back to basics in an effort to trim costs as much as possible given the low payout environment of the last couple of seasons.

“That’s meant cutting spending on supplementary feed and relying on pasture growth to drive production. Consequently, we’ll be keeping a close eye on how the NZ season is progressing over the coming months.”

Westpac is retaining its $5/kgMS forecast but this may improve if WMP prices hold.