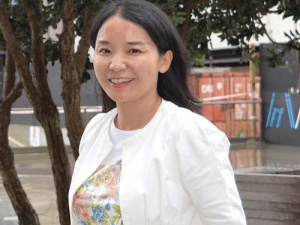 “Beingmate needs a strong leadership team and chief executive; Fonterra is in the process of working with Beingmate to ensure that’s in place,” she told Dairy News. “It is critical to have the right people at the helm; we are working on stepping up governance.”

This month Beingmate Baby & Child Food Co reported a net loss of $230 million for 2017, bigger than expected. Fonterra owns 18.8% of the company, which is listed on the Shenzen stock exchange but has been warned it risks being delisted.

Zhu, one of Fonterra’s two representatives on the Beingmate Baby & Child board, visited Auckland last week for a major farmer network conference.

She says Fonterra is disappointed with the result. “The deterioration in 2017 performance is unnaceptable; performance has to turn around.”

Zhu says the infant formula sector in China is growing and Beingmate is well placed.

“It has never had a food safety issue and still is a trusted brand with a well-positioned manufacturing footprint; there’s a lot going for them.”

She says an effective distribution network and strong leadership are missing.

Fonterra said last week in a statement that Beingmate’s announcement is of the audited results for February 2017 to January 2018.

“Its final losses for the year have increased by about $20m more than previously announced, which is disappointing but broadly in line with expectations, based on previous performance updates.

“The result further reinforces the urgency of Beingmate’s business turnaround plan. We continue to push for the appointment of a new independent chief executive, improved internal controls and a focus on unlocking the right distribution channels, which we believe are key to Beingmate realising its potential.”