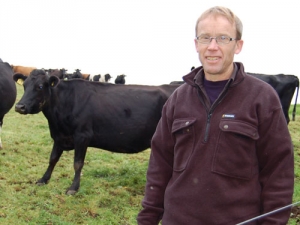 The former head of the Fonterra Shareholders Council, Ian Brown, has dismissed claims about the relevance of the council.

Trevor Hamilton, a large scale family corporate dairy farmer said recently (Dairy News July 7) the shareholders council was weak and would be better replaced by a small group of commercially smart people who could seriously challenge the Fonterra board.

Hamilton also questioned whether the council was adding any value.

But Brown says Hamilton misses the whole point of what the shareholders council does. It is much more than a performance monitoring organisation, though that’s one of its tasks, he says.

“The other task is to represent the views of our farmers to the board. So he’s grabbed one piece, if you like, relating to performance monitoring and suggested there might be a better way to do it. However he’s missed the purpose of what the shareholders council is designed to do.”

Brown says when Fonterra was formed the governance and representation areas were deliberately separated out. This saw nine   farmer elected directors plus four independent directors on the board plus a farmer chair.

“So farmers have their peers governing the organisation, making the decisions, setting the strategy and in charge of performance.  Then you have a representative body which is absolutely the opposite. The directors are elected on merit, they are not there to represent anyone or area or group of people.

“But the shareholders council, with 35 members, is regional based so it can capture the unique needs and circumstances of different regions.”

Brown says the regional representation is important because it’s possible the elected Fonterra directors could come from just a few regions and may lack up-to-date information about farmer views nationwide.

“Every month shareholder council members are among their farmer groups, having ward events and dinners and interacting with farmers. They quickly pick up the views and sentiments of farmers and these get conveyed to the board by a formal report and by the chairman of the shareholders council being present at Fonterra board meetings,” Brown says.